Government Eyes Popular 'Blackout In A Can'

The FTC is looking at a wave of complaints about the popular fruit-flavored malt liquor Four Loko, which some say has the alcohol of five beers in one can. 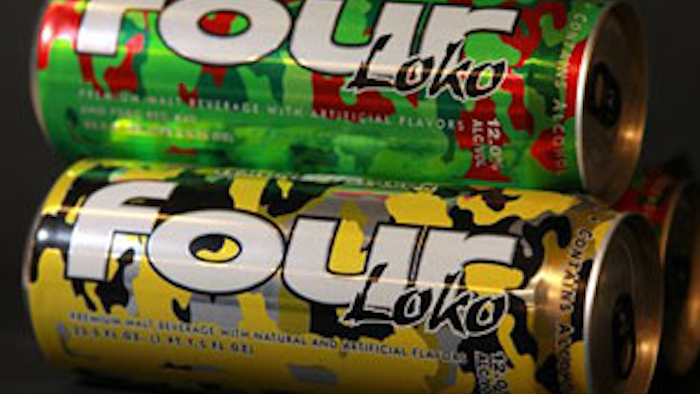 WASHINGTON (AP) — A carbonated brew guzzled on college campuses is the focus of an intense write-in campaign urging federal regulators to take some buzz out of a sweet alcoholic drink sometimes referred to as "blackout in a can."

The Federal Trade Commission is looking at a wave of complaints about the popular fruit-flavored malt liquor Four Loko. Under review: the amount of alcohol in the brightly colored, supersized cans and how they are marketed.

The drink gained national attention in 2010 following the hospitalization of college students in New Jersey and Washington state. Some states banned the drink, worried about the caffeine in Four Loko and its potential to mask how much alcohol one could safely consume. Amid a crackdown by the Food and Drug Administration, the drink's makers removed the caffeine and started selling Four Loko without the energy kick but with plenty of alcohol.

The FTC charges that the drink's creator, Chicago-based Phusion Projects, has implied in ads that its 23.5-ounce can is equal to one or two regular 12-ounce beers. The agency says the can, which contains up to 12 percent alcohol, is really more like four to five beers and shouldn't be consumed in one sitting.

Under a deal the agency brokered late last year with Phusion, new labels would be required on its products with more alcohol than 2-1/2 regular beers, and they would have to state how much alcohol, compared with a regular beer, is in the drink. The can also would have to be redesigned so that it can be resealed and would not necessarily need to be downed in one sitting.

Before a final vote to implement the settlement, the FTC asked the public to offer comments. Sentiment has been overwhelmingly against the deal.

More than 200 opposing comments were received, many saying the deal doesn't go far enough and some wanting a ban on the product — something the FTC does not have the authority to do. About a dozen comments expressed support for the agreement.

It is rare for the commission to get this many comments on a proposed settlement. In its recent privacy settlement with Facebook, which has 845 million users, the FTC received only 59 comments.

One commenter on Four Loko, Maryann Strauss, wrote the agency, "Please reconsider ... and save all of us a lot of heartache, headaches and money."

Another, Julie Bos of the Van Buren/Cass District Health Department in Michigan, wrote: "In light of the evidence about the dangers of supersized alcopops, especially with underage drinkers, this agreement is unacceptable. Please withdraw this agreement and require much stronger changes from Phusion Products and other alcopop producers to protect public safety and health."

The FTC's Janet Evans says there are limits to the commission's authority.

"If I had a magic wand, this would be a smaller product with less alcohol," Evans, a senior staff attorney, said in an interview. "But I do not have a wand. I operate within my agency's jurisdiction, and the FTC does not have the jurisdiction to ban this product or to force a company to limit its size or potency."

What the commission can do, Evans said, is regulate how alcohol is marketed to prevent deception about alcohol content.

Phusion said it could not comment on the pending settlement. The company has maintained that its packaging does not contain statements or graphics that are misleading or intended to attract underage drinkers. Brightly colored packaging and products with higher alcohol by volume than regular beer have been in the marketplace for years, the company has said.

The settlement with Phusion has also attracted the attention of more than 30 state attorneys general who want a stronger agreement.

Led by attorneys general Douglas Gansler of Maryland and Mark Shurtleff of Utah, the group wrote the FTC to express its concerns about young people and binge drinking. The AGs are asking the commission to limitFour Loko to two servings of alcohol per can — the equivalent of two regular beers.

As precedent, they cite a 1991 case involving the Canandaigua Wine Co. and its marketing of a high-alcohol wine called Cisco.

The FTC said Cisco's packaging and advertising misrepresented it as a low-alcohol wine cooler, leading to the alcohol poisoning of several consumers. Canandaigua was ordered to stop representing the wine as a low-alcohol, single-serving product.

Evans says that case required changing the product's packaging, but didn't limit the amount of alcohol or the size of the containers. She says states can limit what kinds of malt beverages can be sold within their borders, but no federal agency has that authority.

A final decision from the FTC on the settlement — whether to approve it or change it — is expected in the next couple of months.