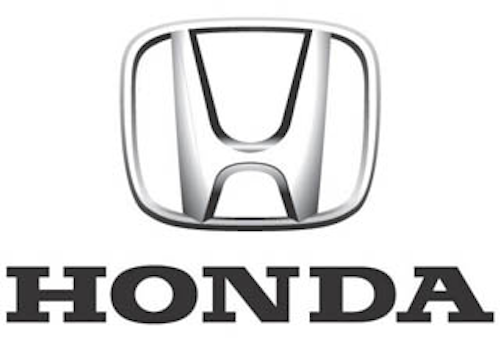 LOS ANGELES (AP) — A judge overturned a nearly $10,000 small claims judgment against American Honda Motor Co. that was won by a car owner who said the automaker misrepresented that her hybrid Civic could get 50 miles per gallon (21 kilometers per liter), according to a ruling released Wednesday.

Peters had opted out of a class-action settlement giving some 200,000 owners between $100 and $200 each, plus a rebate if they buy a new Honda She elected instead to sue the automaker on her own.

Peters, a lawyer, also urged Honda owners to take the small-claims route as she did, and her initial success led some 1,700 other hybrid owners to follow suit.

The ruling by Gray will not have a direct effect on any of those other cases. However, a legal observer said it could pose a challenge to those pursuing small claims actions.

"I think it will make it harder for them to fight their case on an individual basis," said Aaron Jacoby, a class action lawyer in Los Angeles who is not involved with the Honda case.

The ruling is "not binding on another court, but it certainly is persuasive," he added.

A phone message left Wednesday for Peters was not immediately returned.

Honda said in a statement that it's pleased with the ruling.

"We are never satisfied when a customer is anything less than satisfied with one of our products, and the company does not relish the necessity to defend the truth in opposition to any of our customers," the statement said.

Gray's ruling found, among other issues, that while Peters had standing to bring the case in state court, federal regulations govern fuel economy ratings posted on vehicles and related advertising claims. The ruling also said most owners of that type of car achieve fuel economy close to federal Environmental Protection Agency estimates.

In addition, the judge said EPA miles per gallon ratings are for comparison among vehicles and don't account for various factors such as the condition of the car or the length of the trip, that can affect mileage.

"Despite these many variables, most of the owners of the subject vehicle achieve fuel economy very close to the EPA estimate," Gray wrote.

Peters argued that Honda knew it had problems with the hybrid cars but continued to advertise them as an alternative to high gas prices and a way to help the environment.

But Gray said the automaker's advertising slogans "are not specific promises of anything."

Peters also said her battery failed early on and was never again fully charged after she received a software update, leaving the car to run almost entirely on gasoline.

"The court finds it was designed to prolong the life of the battery, not to increase mileage or performance of the vehicle," Gray said of the software update.

Peters' "subjective impressions of sluggishness or impaired safety are unsupported by any objective evidence," he said.

Peters took her case to a small claims court in January, saying her 2006 Civic was expected to get 50 mpg, but barely got 30 mpg. She said she wouldn't have bought the car if its mileage was advertised, and her purpose for taking Honda head-on was to hold the automaker accountable for false advertising.

Her suit marked a unique end run around the class-action process that she said offered too little to Honda owners and too much to lawyers.

A judge has valued the class-action settlement at $170 million. Attorneys for the plaintiffs have placed the value between $87.5 million and $461.3 million, depending largely on how many people accept rebates of up to $1,500.

Honda said it has prevailed in 16 out 17 similar small claims cases since January involving Civic Hybrid owners across the nation. The company didn't immediately elaborate.

Jacoby said while others have followed Peters' lead, they may not have her tenacity and courtroom savvy.

"She made it seem anyone could do this," he said. "She's very bright and very hardworking. Not everyone is like that in terms of bringing their own case."