Attorney General asked federal court to intervene in fight with EPA over how the state regulates emissions from oil refineries and other petrochemicals plants.

HOUSTON (AP) -- Texas asked a federal court on Monday to intervene in its fight with the Environmental Protection Agency over how the state regulates emissions from oil refineries and other petrochemicals plants.

Texas Attorney General Greg Abbott asked the 5th U.S. Circuit Court of Appeals in New Orleans to review the EPA's rejection in March of a 1995 state law that allows refineries to be modified without being subject to additional regulation, provided the changes don't increase a facility's overall emissions.

The issue is part of an ongoing disagreement Texas and the EPA have over how pollution is regulated in the state, said Terry Clawson, a spokesman for the Texas Commission on Environmental Quality. In recent weeks, debate has focused on the state's use of so-called flexible permits, which sets a general limit on how much pollutants an entire facility can release.

In a news release, Abbott's office criticized the EPA for taking more than a decade before deciding to reject the law and said it filed the legal challenge "in an effort to defend the state's legal rights and challenge improper overreach by the federal government."

An EPA spokesman did not immediately return a telephone call seeking comment Monday.

When the EPA rejected the law in March, the agency said the rule allows companies that have Texas-issued air permits to avoid certain federal clean-air requirements, including public review, when they modify their plants.

"EPA has determined that this regulation does not meet several federal Clean Air Act requirements," the agency said in a March news release.

The disagreement has become politicized in recent weeks as Gov. Rick Perry called a threat by the EPA's regional director to remove Texas' regulatory authority by midsummer if the state fails to comply with the federal Clean Air Act a challenge to states' rights.

The federal Clean Air Act requires state-issued permits to set limits on each of the dozens of individual production units inside a plant. The EPA says Texas' permitting system masks pollution, allows industry to emit too many pollutants and makes it impossible to regulate emissions and protect public health.

"The EPA's decision not only imposes significant uncertainty on entities that employ thousands of Texans, but it threatens the livelihood of their employees -- who depend upon those facilities for their jobs," the press release said.

In a statement, the TCEQ said it "will continue to defend its air permitting program while proactively working with EPA to resolve its concerns to provide legal certainty to regulated entities and the public."

Last week, the EPA offered to work directly with Texas' petrochemical industry in an effort to fix permits it says have long violated the Clean Air Act.

The TCEQ has said it was not satisfied with this proposal. 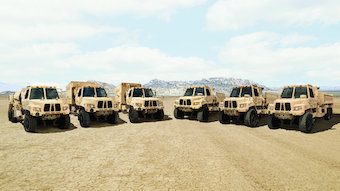