The Purdue Research Foundation says the Chao Center for Industrial Pharmacy and Contract Manufacturing was unable to become self-sustaining in part because of the recession.

The center opened in 2005 at the Purdue Research Park. It reached an agreement with Eli Lilly and Co. in 2007 to become North America's sole maker of the tuberculosis drug Seromycin. Now, it will cease operations in the coming months.

As part of a humanitarian effort, the center will continue making that drug and other lifesaving "legacy" drugs until new manufacturers can be found.

The center began with a $5 million gift from two Purdue graduates. 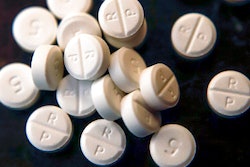 Countries that had cost advantages over leading industrial economies have lost their edge.
August 5, 2022

California is a launch market for Nikola and these stations will support key customers.
August 4, 2022

The company will use the money to accelerate future defense innovation through investment in start-ups.
August 3, 2022

The new projects include tech to help those with walking disabilities, a fetal monitor to detect compromising issues and a wearable phototherapy device for treating thrush.
August 2, 2022

Proper technique plays such an important role in saving time and money in these applications.
August 3, 2022

How the Pandemic is Changing Continuous Improvement

As Six Sigma's popularity fades, Lean is becoming stronger than ever.
August 3, 2022

The company has redefined the material handling industry.
August 2, 2022