The Upstart Industry Riddled With Lawsuits 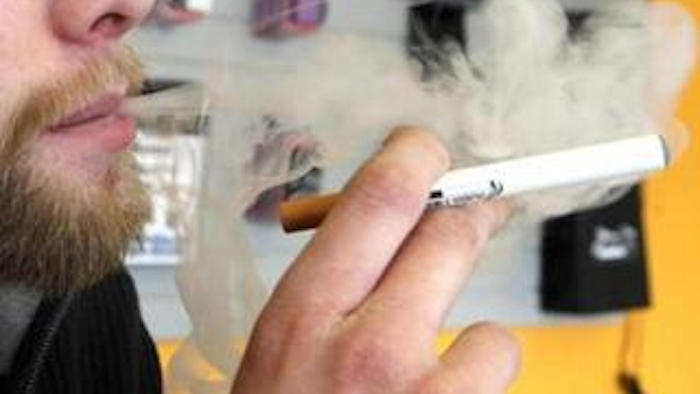 It may seem like a good sign when everyone wants a piece of an emerging product category even before ascertaining its market share. But it’s probably not a good sign when that category is littered with lawsuits. That industry is electronic cigarettes.

Seen as a way to circumvent smoking bans across the country, electronic cigarettes, or e-cigs, have been gaining in popularity. Some consumers are also using them as a means to wean themselves off of traditional cigarettes that can contain more chemicals and additives. As the category grows in terms of technology, brands and flavors, manufacturers are fighting to hold on to their sliver of the pie.

The lawsuits filed by Fontem Ventures BV, a whole subsidiary of Imperial Tobacco based in Amsterdam, asked the court to rule that its e-cig patents were valid and order the defendants to pay an unspecified amount in damages. “The reason for filing this lawsuit is to protect our intellectual property and seek fair compensation for the infringements of our patents,” said Marc Michelsen, director of communications and corporate ventures at Fontem Ventures.

What’s interesting about this case is that Imperial Tobacco didn’t invent e-cig technology and only just launched its own e-cig, Puritane, weeks before filing the lawsuit. This case appears to be more of a semi-patent troll situation. Imperial Tobacco bought the original e-cig patents from Dragonite International last year for $75 million.

Lorillard is also in trouble with Zippo over trademark issues with BLU. Last week, Zippo Manufacturing Company — maker of the Zippo lighter BLU line of blue-flame butane lighters — announced it was suing Lorillard for infringement over its BLU trademark ownership. Lorillard markets its e-cigs as blu. Lorillard’s attempts to seek a declaratory judgment of noninfringement lead to the lawsuit.

"Despite our attempts to resolve this matter amicably, Zippo has been compelled to seek the Court's assistance to protect our BLU trademarks," said Zippo President and CEO Gregory Booth. "Zippo is instantly recognizable because we have long understood the value of our brand and the need to vigorously protect it against use by others. Our BLU trademarks are similarly valuable and will be similarly protected."

Today, the AP reported that industry is now facing more lawsuits over the flavored nicotine used in the e-cigs. General Mills Inc., the Girl Scouts of the USA and Tootsie Roll Industries Inc. are among several companies that have sent cease-and-desist letters to makers of the liquid nicotine demanding they stop using their brand names like Thin Mint, Tootsie Roll and Cinnamon Toast Crunch. Makers of the flavored liquid nicotine are using the names because they conjure up very specific flavor in buyers’ minds, leading to increased sales.

While fruit and candy flavors are barred for use in regular cigarettes because they could appeal to children, the FDA is just beginning to look at regulating e-cigs. The companies suing want to make sure their brands aren't being used to sell an addictive drug or make it appealing to children.

For an industry that reached nearly $2 billion in sales last year, and may soon face greater scrutiny and regulation, this could just be growing pains as companies try to carve out niche in consumer spending. What if you were one of these companies trying to get into a fledgling category like this? Would all these uncertainties be worth it? Is the risk in this case worth it? Tell us what you think below.