This week, Apple introduced their entry into the tech wearables market, called the Apple Watch. But after seeing the device and learning a bit about what it can do, I can’t help thinking to myself, “So what?” 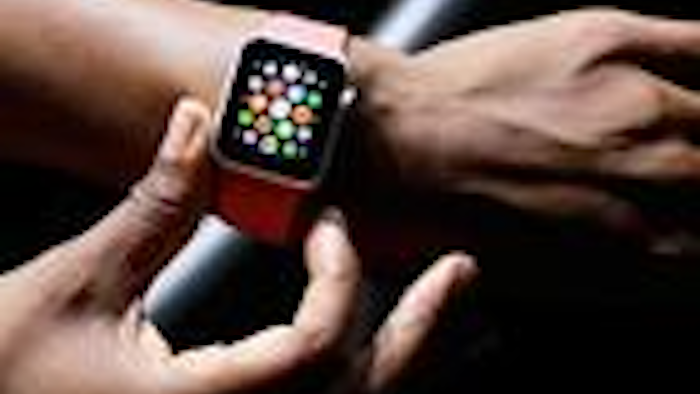 This week, Apple made their long-awaited announcement on the iPhone 6 and introduced their entry into the tech wearables market, called the Apple Watch. If any company can propel wearables into the forefront of consumers’ minds, it’s today’s technology mover and shaker Apple. But after seeing the device and learning a bit about what it can do, I can’t help thinking to myself, “So what?”

The moment that rumors hinted at an Apple iWatch device years ago, competitors started developing their own rivals and Kickstarter campaigns seemed to flood the field. Since then we’ve been graced with wearables like Google Glass, Samsung Galaxy Gear, the Pebble watch and many others, but consumers haven’t exactly rushed to snatch these products up. The high price point and limited supply of the Glass may be what is keeping all but the earlier adopters with spare cash from getting one, but what about the smartwatches. Is there even a need for them?

Every smartwatch out there seems to go about things differently, but almost all of them need a paired smartphone within reach in order to function properly. And the phone usually needs to be running the same OS as your device — which segments the market based on platform, in turn making it less appealing to consumers. Will consumers spend hours transferring contacts so they can have a connected watch? I doubt it.

Buying into wearable technology also means having another thing to keep track of. There was a time when Bluetooth earpieces were all the rage and everyone seemed to need them. After spending the money and trying to integrate it into my life, my Bluetooth earpiece now sits in a storage bin. It was just another thing I had to make sure was constantly charged and my options were to: 1.) wear it every moment I’m awake and taking phone calls or 2.) spend the first 2 minutes of every call yelling “Hold on a minute” while I fumbled to get the thing turned on, paired to my phone and in my ear. I must not have been the only one with these issues, because I don’t see earpieces very much anymore.

Let’s also not forget the high price point for most wearables. For example, the Apple Watch is rumored to cost $349 when it goes on sale in 2015. You’ll notice that’s more than the $199 starting price of the iPhone 6 with a two-year contract. That makes for a pretty expensive accessory.

While watching the Apple announcement this week, CNET offered live commentary. The hosts speculated on the thousands of people buying into wearable technology verses the millions of people with smartphones. They hypothesized about the slow adoption of wearables technology possibly being the result of consumers just waiting to see what Apple had to offer first. Then they pondered if Microsoft and Nokia might launch a Windows OS smartwatch to compete. In the end, the group agreed that Microsoft would be wise to hold off, wait for the dust to settle and determine if wearables is just a bunch of hype or the next step in everyday technology.

Are wearables the next big thing in technology? Will they eventually become a part of your daily life both at home and at work? How could some of these devices be used to enhance the factory floor? Or will wearables go the way of Net Books and PDAs — here today, gone tomorrow? Tell us what you think by leaving your comments below.

Take a look at the Apple Watch announcement: