When Tragedy Strikes, Is A Long Lawsuit Worth It?

The widow of the man who was driving the Porsche that crashed and killed actor Paul Walker is suing the automaker, claiming design flaws caused both men to die in the fiery crash despite reports to the contrary. Will the lawsuit be worth the trouble? 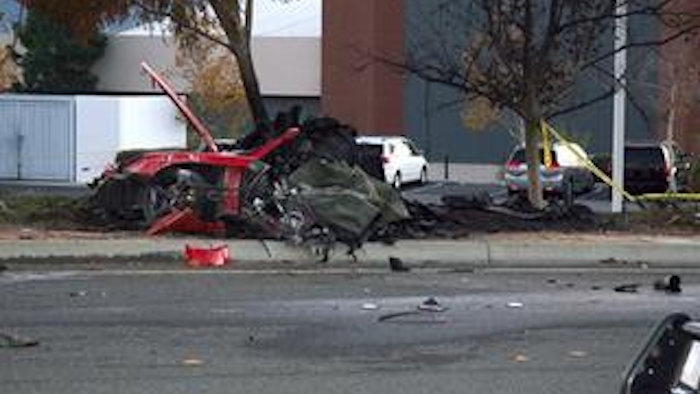 This morning it was reported by the AP that Kristine M. Rodas, the widow of the man who was driving the Porsche sports car that crashed and killed actor Paul Walker, has decided to sue the automaker, claiming design flaws caused both men to die in a fiery crash in November.

During the investigation into the crash, officials found no evidence that the car had mechanical problems, but did conclude that the vehicle was going between 81 and 94 mph. Investigators also ruled out debris or other roadway conditions in the crash.

Even Porsche sent engineers to review the car’s wreckage. They also concluded that there were no problems with the car’s electrical systems, brakes, throttle, fuel system, steering, suspension or other systems.

Rodas wrongful death lawsuit says her husband was driving at 55 mph — not at unsafe speeds as law enforcement investigators determined — before it crashed last year. The lawsuit goes on say that the vehicle lacked a proper crash cage and safety features in the gas tank that would have saved both men's lives.

Rodas' attorney, Mark Geragos, said he hired the top experts in the country to evaluate the wreckage and crash. The results, he said, were an unbiased look at the accident that refutes an official investigation that determined the sports car was speeding at up to 94 mph when it crashed.

The lawsuit also contends that a failure in the car's suspension system was due to defects in its manufacture, design, testing, component and constituents forced it to careen out of control and strike three trees while driving down a street in Santa Clarita.

It’s certainly unsettling to see a lawsuit like this pop up against a manufacturer. Toyota and General Motors know all too well about that, but the big difference in this case is that it was determined that the crash was not due to defects in the vehicle. Presumably law enforcement gains nothing to rule that speed was the factor. So after being dealt such a tragic loss, why go through with this lawsuit? Is money the single motivator here?

What do you think about this new lawsuit against the manufacturer? Does the case have some merits? How would you handle this situation? Leave your comments below.