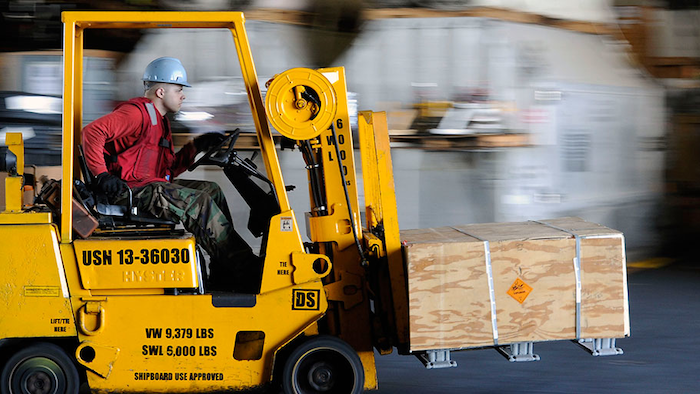 While sipping coffee waiting for the day to begin this past weekend, I was browsing the Internet as one does this day and age. While scrolling past seemingly endless status updates, pictures of food and selfies, I stumbled upon a headline that caught my attention: “Thieves Are Stopped While Fleeing From A Warehouse”.

The gif showed a red car in a parking lot attempting to make a quick escape before being corralled by workers operating forklifts. The operators worked so well together, it looked like the event could have been staged. Like they say, don’t trust everything you see on the Internet.

After some digging I was delighted to learn that the story was, in fact, true. The event took place at a warehouse in Ostrava, Czech Republic and according to reports a group of thieves attempted to steal drills from a work van parked outside the building. When they were interrupted by a worker, the thieves attempted to flee the scene.

Quickly jumping to action, other workers put their forklift driving skills to good use blocking the car on all sides. Police were then called and all the would-be-thieves are being prosecuted.

The manager of the warehouse was proud of the intuitive actions on his employees stating "Everyone got a bonus in December."

Lucky for us, the whole thing was captured on CCTV. See the video below.