What's in a Company Logo?

A customer is much more likely to remember your business if you have an eye-catching symbol that goes along with it. This is probably the number one reason why it is important that companies incorporate a logo into their brand image. 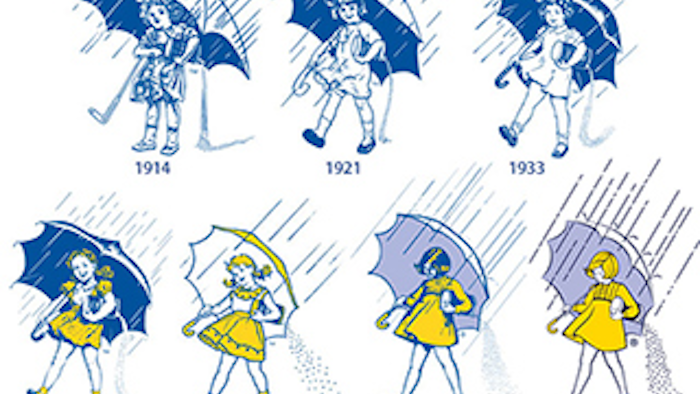 Think back to when you were in grade school and your parents would take you along on their weekly grocery shopping trip. You’re trudging alongside mom, when suddenly you see it.

Now, you don’t have a clue what the name of the company is that owns this tasty treat — let alone the brand of cereal — but you know what that smiling, floppy-eared, white bunny rabbit means.

According to Brain Rules, vision trumps all other senses. Various studies show that when it comes to remembering, recognition nearly doubles when a picture is involved. It’s no secret that the human mind is capable of remembering symbols and pictures long before a name.

That being said, a customer is much more likely to remember your business if you have an eye-catching symbol that goes along with it. This is probably the number one reason why it is important that companies incorporate a logo into their brand image.

The food industry, especially, is a vast empire made up of hundreds of thousands of products. Businesses go to great lengths to convince consumers to not only try their food products, but to continue to choose those offerings in the future.

Companies can register their logos as trademarks with the U.S. Patent and Trademark Office; trademark holders are granted the exclusive right to use a registered mark.

One reason that designing and displaying a logo is important is because these symbols can make a business more visible to consumers. For instance, when a customer is shopping out of state, it is familiarity that they tend to look for. They are much more likely to grab the pancake mix that has Aunt Jemima’s face on it because they associate the familiar logo with a food that they know they already like.

Ultimately, the purpose of branding a logo is to create a sense of loyalty among customers. If a customer is satisfied with a company’s products, he may even be willing to pay more for it since he associates the brand with quality.

You don’t have to search too hard to find some of the nation’s most famous logos and the fascinating stories behind them. Just take a look inside your kitchen cupboards.

Morton Salt got its start as a small Midwestern sales agency in 1848. In 1889, Joy Morton bought a major interest in the company and in 1910, he changed the name to Morton Salt Company.

The Morton Umbrella Girl got her start in 1914. The logo was produced as part of a series of advertisements in Good Housekeeping magazine.

The concept was that Morton Salt — unlike regular salt — poured without clumps, even in damp weather. At first, the advertising agency suggested “Even in rainy weather, it flows freely” as the company’s motto, but Morton felt that it was too long. A more positive rephrasing resulted in the now famous slogan “When It Rains It Pours.”

The story behind how Betty Crocker came to be is an interesting one. It all began when a promotion for Gold Medal flour offered consumers a pin cushion that resembled a flour sack if they could correctly complete a jigsaw puzzle of a milling scene.

The Washburn Crosby Company of Minneapolis, a forerunner of General Mills, began receiving thousands of responses in addition to baking questions. So in 1921, the company decided that it would be better to sign the responses personally.

“Betty Crocker” was created as a signature to personalize the responses to those inquiries. The surname Crocker was chosen to honor a popular director of the company, William G. Crocker. The name Betty was chosen simply because it sounded cheerful, wholesome and folksy.

The famous Betty Crocker signature was penned by a company secretary who won a contest.

The Betty Crocker persona was carefully engineered to appeal to women:

A group of college educated women were hired to develop Betty’s persona. Her picture and signature appeared in print ads. Cooking demonstrations were organized showing Betty’s “solutions to domestic woes.

But what really cemented Betty’s place in history was the novel use of radio. On the radio, Betty could speak to her loyal followers about housekeeping, time management, friends, family and husbands. She would remind women that their role as homemakers was important.

Worse case scenario, if your business fails to create a successful logo design, it can always consider rebranding. This process entails replacing a stale company image with a new one, which often involves creating a new logo.

Rebranding can help keep companies relevant and rid themselves of unfavorable attitudes that consumers may harbor toward certain product lines or images associated with the company.

If you still don't believe me that logos matter — both in the food industry as well as other markets — try taking this quiz  to see if you can remember these companies' names just by their logo. Let me know your thoughts on logo branding and if your company has a unique symbol it uses to reel in the customers.

Comment below or reach out to me at Kari.Imberg@advantagemedia.com

Recovering the telegraph “will contribute to the legacy left by the indelible loss of the Titanic."
May 19th, 2020
Follow Us
Most Recent