10 Sustainable Energy Trends That Shook Up 2013

With the New Year upon us, let's take a few moments to consider the major sustainable energy trends in business from the past year. Many of these 10 trends represent milestones achieved in 2013 as the result of years of dedicated efforts. Others are of a more short-term nature. Each, however, played a big role in 2013. 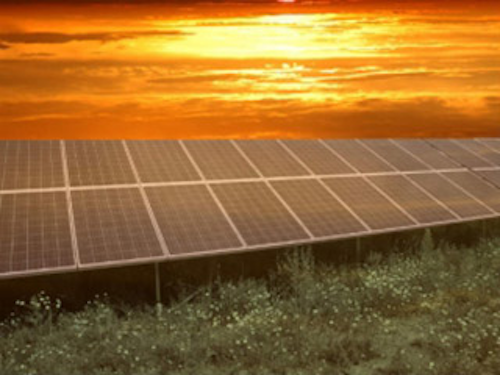 With the New Year upon us, let's take a few moments to consider the major sustainable energy trends in business from the past year. Many of these 10 trends represent milestones achieved in 2013 as the result of years of dedicated efforts. Others are of a more short-term nature. Each, however, played a big role in 2013.

At least some degree of reliance on renewable energy belongs in virtually every corporate sustainability strategy. But for a growing number of companies in 2013, nothing less than 100 percent would do.

The U.S. EPA's Green Power Partnership includes more than 700 organizations — from Fortune 500 corporations to mom-and-pop shops to the public sector — that rely exclusively on renewable energy to cover their electricity use in the U.S. through a combination of green power purchases and on-site renewable energy systems. The EPA's growing list of 100 percent green energy users includes only the U.S.-based operations of organizations partnering with the agency, but it shows a cross-section of those whose bold sustainability strategies are setting the trend.

Joining the EPA's 100 percent club for the first time in 2013 was chipmaker Intel Corp., which also ranks as the top renewable energy consumer in the program by using more than 3.1 billion kilowatt-hours (kWh) annually. Other notable names on the all-green starting team are Kohl's Department Stores, Staples and Whole Foods Market.

Lisa Jackson, who as EPA administrator took responsibility for building closer relations between the agency and the private sector, now is helping Apple on its own road to 100 percent renewables, which she recently discussed at VERGE SF in her first appearance before a business audience, and also in a one-on-one conversation with GreenBiz chairman and executive editor Joel Makower.

Leading cloud computing provider Salesforce this year announced its new goal of sourcing all of its power from renewables, while Google and Microsoft also made headway toward existing all-green goals. Meanwhile, IKEA completed its 39th solar electric rooftop system in the U.S., as part of its push to attain energy autonomy by 2020.

Efforts to enable smarter, more efficient transportation systems received a palpable jolt from the success of electric vehicles in 2013. According to the most recent sales data, all-electric vehicle purchases were up about 300 percent on the year through November, with Nissan's Leaf and Tesla's Model S leading the charge. This fall, automaker Nissan delivered the electrifying news that moving the manufacture of the Leaf from Japan to the U.S. helped cut the sticker price on its all-electric car while still making a profit. Tesla's Model S EV (Credit: Tesla)

BMW delivered its first EV in Germany in 2013, ahead of its planned U.S. sales launch in 2014, while Volkswagen announced that it will introduce 14 models of hybrids, plug-in hybrids and all-electric vehicles next year. As part of its imminent electric debut in the U.S., BMW says it will partner with California-based SolarCity to give EV buyers easy access to solar-powered charging via SolarCity's most affordable solar financing package.

Such corporate partnerships are paving the way for the continued success of EVs. In other examples, IKEA teamed up with Nissan and Ecotricity this year to install charging stations at all of its U.K. stores, while dozens of U.S. corporations — including Coca-Cola, Duke Energy, Ford, GE, GM, Google, NRG Energy and San Diego Gas & Electric — joined the Department of Energy's Workplace Charging Challenge. The collaboration seeks to vastly expand the EV charging infrastructure in the U.S. The governors of eight states added to this momentum in October when they pledged to increase the use of EVs by adding 3.3 million new electric cars by 2025. The states — California, Connecticut, Maryland, Massachusetts, New York, Oregon, Rhode Island and Vermont  — account for about a quarter of U.S. car market.

Progress for EVs and their charging infrastructure is great news for cities. Smarter, cleaner transportation systems reduce emissions in traffic-congested urban centers and could provide a clean, distributed source of peak power by tying EVs to the grid.

Typically, solar electric systems produce power only during daylight hours. But 2013 wasn't a typical year. A host of energy storage projects completed and initiated in 2013 could have lasting impacts on new energy systems and next-generation buildings.

In the Southwest, two new large-scale solar projects are showing one approach to enable solar electricity after dark. In Arizona, Abengoa's 280 MW Solana Generating Station came on line in October, providing up to six hours of power after the sun goes down by storing concentrated solar radiation in molten-salt tanks. In neighboring Nevada, SolarReserve, Santander and ACS Cobra Group say they are set to begin commissioning their 110 MW Crescent Dunes Solar Energy Project in Tonopah, which provides 10 hours of molten-salt storage.

While the future of such massive central station solar plants is uncertain, advocates argue that large- to mid-sized storage projects will become necessary as more intermittent solar and wind resources are added to electricity grids in coming years. In Japan, where PV grew at a record pace in 2013, numerous storage projects got under way, such as Toshiba Corp's recently announced 40 MW lithium-ion battery project in Tohoku. The project is aimed at relieving frequency fluctuations caused by variable solar power. California's new energy storage mandate also seeks to support primarily large- to mid-sized projects.

However, a more distributed vision of energy storage also advanced in 2013. In an elegant example of systems thinking (and action), Maryland's commercial microgrid combines distributed PV, battery storage, EV charging stations and LED parking lot lighting. And in California, SolarCity launched its DemandLogic service, which stores the output of rooftop PV panels in lithium-ion batteries made by Tesla Motors.

Whether large, medium or small in scale, storage was a major sustainable energy trend this year — one that appears to be just scratching the surface.

According to Navigant Research, while the annual global market for solar and wind energy storage systems was less than $150 million in 2013, it could grow to more than $10 billion over the next decade.