The Global Picture: Where Are The Manufacturing Jobs?

The global manufacturing scene has been getting a lot of press lately, as China’s production slows and the reshoring trend gives American workers hope. But with so many moving parts, what’s really happening? 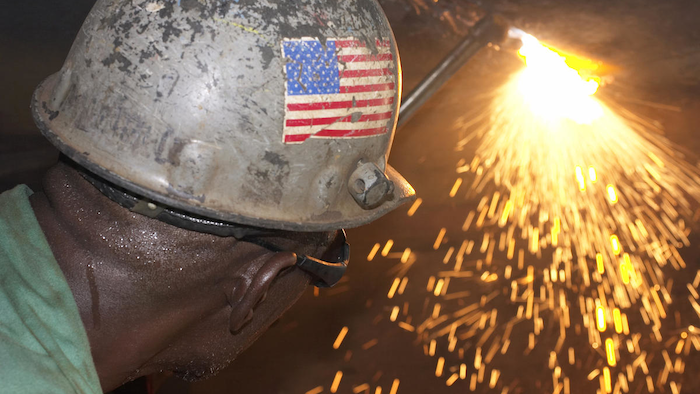 This article originally appeared as part of IMPO's Annual Jobs Report in the June print issue.
The global manufacturing scene has been getting a lot of press lately, as China’s production slows and the reshoring trend gives American workers hope. But with so many moving parts, what’s really happening? In this segment of IMPO’s Jobs Report 2014, we take a closer look at the big picture.
The Winners and Losers

According to the most recent data from the International Monetary Fund (IMF), the global economy continues to recover. The IMF projects U.S. growth of 2.8 percent this year and 3.0 percent next year, as well as modest progress in Europe, with a projected real GDP growth of 1.2 percent in 2014 and 1.5 percent in 2015.
Despite the better data overall, the IMF worries about low inflation in advanced economies, structural challenges in emerging markets and geopolitical risks, summarizes The National Association of Manufacturers (NAM) in the organization’s Global Manufacturing Economic Update report.
Also noted was the continual deceleration of China’s economy, perhaps the most monitored bit of information by American manufacturers. Many of the challenges facing Chinese manufacturers are due to a slow global economy, rapidly rising wages, debilitating smog and the emergence of other countries with even lower wages as competition. These challenges do not mean that China’s industrial sector is failing, however, as it remains the world’s largest manufacturer. The Chinese government is working to combat these falling numbers with stimulative measures and a potential depreciation of its currency.
Another global manufacturing giant, Germany, continues to be a major player in the production of high value-added goods, such as equipment and automobiles. In general, manufacturers in Europe have been showing slow-but-steady progress. The Markit Eurozone Manufacturing PMI has now expanded for nine consecutive months, a reassuring sign after a deep two-year recession, says NAM. “France, which had lagged behind many of its peers on the continent, had a manufacturing PMI figure that exceeded 50 for the first time since July 2011.”
Japan, one of the world’s other leading manufacturers, faces a stagnant domestic economy and stiff competition from South Korea, particularly in consumer electronics, says Dan North, Chief Economist at Euler Hermes North America, a leading provider of export and trade credit insurance.
The United States

The U.S. continues to become more competitive in the global manufacturing climate — so competitive that many companies are reshoring their production back to home turf. According to North, there are two main factors fueling this trend.
“First is the energy revolution, which was totally unforeseen even five years ago,” he explains. “Fracking and horizontal drilling have now opened up 100 years’ worth of natural gas reserves and massive new oil finds.” According to North, these finds have driven a wedge in natural gas prices between the U.S. and the rest of the world; we pay $3-4 per mmbtu, and the rest of the world pays $10-15.
And the second major factor leading to the reindustrialization of America? A very favorable labor situation. “U.S. workers are among the world’s most productive, and their wage growth after inflation over the past several decades has been basically zero,” says North. This combination of high productivity and slow wage growth means that the U.S. now has among the lowest unit labor costs in the industrialized world. North says that Chinese workers, on the other hand, are only half as productive and their wages are rising much more rapidly.
“For many companies, that ever-decreasing advantage will no longer be enough to offset all of the good things you get by bringing manufacturing home: higher quality manufacturing, less time to market, lower inventory costs and the ability to keep your technology,” says North.
For some industries, these advantages are especially critical. The manufacturing sectors that have the most to gain by reshoring production include the chemical industry, automotive and high tech and value added manufacturing, such as computers and electronics. North also says that as the United States continues to export more petroleum and natural gas, the energy sector will also benefit, as will related sectors such as pipe and equipment manufacturers.
According to the EHS Report, The Reindustrialization of the U.S. – A 2014 Update, American manufacturers are expected to invest $500 billion in U.S. manufacturing this year. One of the most visible examples recently was Apple’s decision to build a new plant in Arizona instead of China, where the company has traditionally placed most of its manufacturing. The Boston Consulting Group has also recently polled 200 U.S.-based executives and reported that 54 percent are planning to reshore or are seriously considering it, while only 37 percent planned to in 2012.
Not Everything Is Coming Back

Conversely, while manufacturing may be heading back to the United States, service-related activity is making the move offshore. The Engineering Services Outsourcing (ESO) market will grow significantly in 2014 and beyond, according to the latest research findings by ISG.
In 2012, the total spent on engineering services stood at $930 billion, and is expected to reach $1.4 trillion by 2020 – an increase of 50 percent in less than a decade. The total spent on ESO, meanwhile, was $325 billion in 2012 and is estimated to be growing at three to four times the rate of total spent on engineering.
By industry, the automotive sector is the major player in ESO and accounts for a quarter of global engineering research and development (ER&D). According to Jim Routzong, director at ISG, the key trend contributing to growth of ESO in the automotive sector is greater technology convergence and the higher usage of embedded systems.
“With the significant reductions in communications costs, engineering services centers can exist globally to take advantage of lower cost labor markets and talent pulls of growing degreed and experienced engineers,” Routzong explains. “Companies are recognizing that outsourcing can be an effective strategy to improve global ER&D operations and address critical needs.”
While ESO is definitely on the rise, there are still concerns associated with the move overseas. “It’s not just a mathematical decision like it was several years ago – there are definitely more indirect factors,” explains Bobby Bono, PwC’s Industrial Manufacturing leader. Those factors include protection of intellectual property, reputational risk and the growing made-in-the-USA mentality.
What Could Be Done?
“Manufacturing could receive a boost from tax reform. The U.S. now has the world’s largest corporate tax rate at 39 percent versus the OECD average (excluding the U.S.) average of 29 percent,” says North.
“The U.S. also uses an antiquated worldwide tax system which taxes profits both where they are made and back in the U.S.” By contrast, all of the G8 countries and 28 of the 33 OECD countries use a territorial system, taxing profits only where they are made. He says this tax structure has caused companies to keep $2 trillion locked up overseas – the equivalent of a full year’s worth of total U.S. investment.
If you have comments or questions about this article, or would like to be featured in an upcoming article, please contact me at tia.nowack@advantagemedia.com or on Twitter at @TalesFromTia.
Latest in Operations