Four Reasons You Won’t Retire As Soon As You Think

Older employees face their share of challenges in the workplace, sometimes in the form of outright discrimination. The numbers, however, tell an optimistic story for the next generation of retirement-age workers who are expecting to prolong their careers. 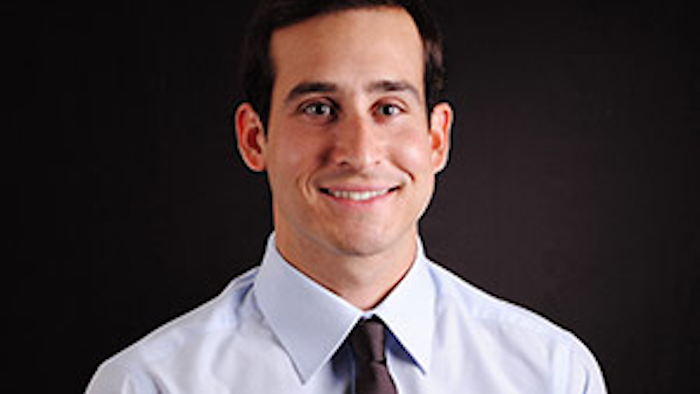 It’s said that age is just a number, an adage that only grows truer as we mature and a number of factors contribute to longer lives. The baby boomer generation occupies a major section of the working demographic, and while many are retired or retiring, a surprisingly large cohort will be working well into their later years. By 2020, 25 percent of American workers will be older than 55, according to estimates from the Bureau of Labor Statistics (BLS). As the average age continues to increase, this country’s maturing population won’t be exiting the workforce as early as its predecessors did.

Broad lifestyle changes, new technologies and evolving industries mean that the younger you are now, the older your probable age of retirement. When are you likely to retire? To aid in your estimate, here are a few of the influences leading to longer lasting employment for America’s current and future workforce.

Older employees face their share of challenges in the workplace, sometimes in the form of outright discrimination. The numbers, however, tell an optimistic story for the next generation of retirement-age workers who are expecting to prolong their careers. According to the US Equal Employment Opportunity Commission, the number of charges filed under the Age Discrimination in Employment Act (ADEA) has declined by 8 percent over the past two years.

Van Dalen et al revealed a similar bias in their study on the perceived productivity of older workers. “The young favor the young and the old favor the old,” say the researchers, which might bode well for older workers as the average age increases overall. But perhaps more relevant is the finding that skills drastically outweigh age. Both employers and employees view hard skills as far more important than soft skills, and this, rather than employer perceptions, is where older workers can fall short.

As automation eliminates a bulk of low-skill jobs, today’s most prevalent careers are those that require an advanced skill set and a specific knowledge base. In many cases, older workers have a leg-up due to their heightened experience levels, but for those who need to upskill, countless opportunities now offer workers the ability to update and maintain their skills as the demands of their trades evolve.

Recently, 58-year-old Florida resident Steve Joly graduated from the Orlando campus of Universal Technical Institute (UTI), which trains entry-level automotive technicians. With 43 years of automotive experience, Joly might not have been the typical student, but he lacked the familiarity with computer diagnostics that is required of today’s mechanics. “The computer was the tool I had to go back to school for in order to make it in the industry,” said Joly, and after getting ASE certified, he quickly gained employment in a local automotive shop.

This story is familiar to CleanEdison, a jobs training provider which has helped thousands of individuals gain professional credentials, many of them veterans and incumbent workers with the help of government grants. From solar panel installation training to LEED accreditation courses, CleanEdison’s courses have made it possible for a multitude of older workers to gain certifications that prolong their efficacy in the workforce. While this company’s suite of course offerings focus on the clean energy sector, short-form training courses in everything from machine operation to computer graphics are allowing workers to ensure sustained relevance in their industries.

The typical business model has evolved since the mid-20th century, as have the roles of the actors in a business. Telecommuting and digital facilitation allow individuals to easily take the freelancer approach, offering their services and expertise remotely and/or in short form. A number of aging workers whose jobs might have otherwise been usurped are now participating in the information era to market their well-developed skill sets.

Writers, entrepreneurs, motivational speakers — there is a cohort of would-be retirees that claim only now, at the age they had expected to stop working, to be reaching the peaks of their careers. Pegi Burdeck, author of the book, It’s NEVER about the Money… even when it is, says “I did not discover my life’s purpose until 58, did not publish my book until 63, and the thought of retiring is so bizarre.” With a website, a blog and digital access to her new audience, Burdeck was able to use technology and her “retirement years” to capitalize on the experience and knowledge she had accumulated during her previous career in sales.

Online platforms such as fiverr and Elance make it easy for individuals of all ages to market their skills and sell their services. Modern entrepreneurs, many with decades of work experience behind them, need little more than a website and a bank account to monetize their knowledge base or start an entirely new venture. E-commerce tools accommodate all types of businesses, whether product- or service-based, and retirement-age people are increasingly turning to these outlets to remain productive and profitable.

Longer lifespans translate to longer work tenures. Today, 1 in 7 Americans is 65 or older, and in 2050 that ratio will grow to more than 1 in 5. In the 40 years between 1965 and 2005, the male life expectancy in 43 countries increased by an average of 8.8 years. Residents of industrialized countries are not just living longer; we are functioning better in our later years thanks to medical advancements and healthier lifestyles. Anti-aging technologies that make old age healthier for many people are increasing the longevity of performance in the workplace.

When will you retire?

Given the variety of phases within an individual’s career (the median length of time that employees stayed in a job in 2012 was 4.6 years), it might be difficult to project a retirement outlook. Nevertheless, Americans who think they will retire at the same age their parents did will likely need to adjust their expectations. While some people might dread the idea of prolonging their working lives, the widespread deferral of retirement is indicative of a healthy population and a robust economy. Where do you fit into the trend of older retirement? What does your plan include, and how well do you think you’ll follow it?

Martin Smith has worked in a diverse range of sustainability focused enterprises. From greening the supply chains of multinational companies to establishing micro-enterprise initiatives in southern India, Martin has been committed to sustainable business since 2010. Originally from a California desert, Martin has always been powered by the sun, and believes in developing sustainable business models to power tomorrow.