In April China's manufacturing output fell to its lowest level in two years, according to official data. The figures were the latest sign of economic pain as Beijing maintains its uncompromising zero-COVID response.

Dozens of cities, including Shenzhen and Shanghai, have been partially or fully sealed off in recent months. The restrictions have disrupted global supply chains while goods pile up at the world's busiest container ports.

In the meantime, Asian countries that previously had enormous cost advantages over other leading industrial economies have seen their leadership slide in recent years and have lost their edge. And now, labor, especially in China, is becoming increasingly expensive.

Costs coupled with the recent Russian invasion of Ukraine have led more and more top business executives to determine that the era of globalization — which has dominated world trade for more than three decades — is quickly being reversed. According to financial intelligence firm Sentieo, mentions of nearshoring, onshoring, and reshoring during corporate earnings calls and investor conferences have increased 500% since the pandemic began in 2020.

The plight of China is exemplary of the declining appeal of manufacturing in any part of Asia. In what follows, we look at how the promise that Asian manufacturing held for American businesses since the 1980s has turned into a proverbial nightmare.

Shipping goods from any Asian destination takes longer than ever, mainly because of COVID-19 measures. Currently, shipping from China to the West Coast takes 102 days. That’s an increase of more than 40 days from January 2020, before the pandemic began.

While COVID-19 will eventually become less of an emergency in Asia, countries such as China follow a zero COVID approach to managing the pandemic, which includes shutting down large parts of society — including container ports — for extended periods. These shutdowns naturally impact shipping times. But even when ports reopen, they deal with long ship queues, massive congestion, and labor shortages. The result is that Asian shipping schedules have become increasingly unreliable.

Part of the cost equation is the added price pressure on bunker fuel coming from the war in Ukraine. Fuel prices were already high due to the pandemic, but they’ve increased almost 40%, from just over $600 to nearly $1,000.

Businesses that manufacture in Asia need their executives to regularly inspect production and meet with suppliers and partners. Air travel comes at a cost, which is expected to continue rising due to increasing fuel costs and pilot shortages. According to Hopper Price Tracker, in June 2022, the average international airline ticket cost $836, an increase of 28% from June 2020. Analysts expect prices to rise 3.4% in 2023.

Inexpensive labor was the carrot that got businesses to move production to Asian countries in the first place. So what happened to that promise? China certainly had the labor cost advantage for a couple of decades following its rise in the 1980s as a manufacturing powerhouse. But recently, the average labor wage per hour in China has consistently been higher than in other manufacturing-focused countries, including Mexico.

Manufacturing in Asia has always presented a substantial IP theft issue. Everyone is familiar with the knockoffs available for a fraction of the price. According to the 2022 International IP index by the U.S. Chamber of Commerce, the Philippines, China, and Thailand are the worst offenders of design rights in Asia. They simply do not have legal measures available that provide the exclusive rights needed to correct unauthorized use of industrial design rights.

A Chinese invasion of Taiwan may not be far away. In recent months, Chinese Communist Party (CCP) rhetoric about having sovereignty over Taiwan has been on the rise, with one top diplomat saying the island nation is a “wanderer” that will eventually “come home” to China. Alarmingly, Taiwan has accused the Chinese military of repeatedly violating Taiwanese airspace.

In fact, the possibility of a global conflict in the Taiwan Strait may be the world’s most significant geopolitical risk — aside from the Russian invasion of Ukraine — in 2022. President Biden is on record saying that the United States will intervene militarily in the event of a Chinese attack. If any of these scenarios were to transpire, manufacturing in Asia would be substantially more complicated than it already is.

While China has managed to satisfy labor demand in many industries, notably consumer electronics, the increasing cost of Chinese labor has led many major North American manufacturers to explore alternative low-cost regions, such as South East Asia, or seek automation initiatives elsewhere.

Meanwhile, in the Americas, Latin American supply chains are capable of nearshoring labor-intense assembly operations, such as appliances. Since deep supply networks have not yet matured, businesses must search out competent suppliers and develop these networks in Latin America. It is no easy feat, but there are plenty of successes.

Is Manufacturing In Asia Still Worth It?

Manufacturing in Asia was once a boon to U.S. business, but those days are long gone. It costs American companies more and more to produce and conduct business in Asia. Once goods leave the factory, it takes more and more time for them to arrive in America. Finally, intellectual property rights are rarely protected.

Jorge Gonzalez Henrichsen is Co-CEO of The Nearshore Company, which has been helping U.S. companies lower operating costs and become more efficient for more than 30 years.

California is a launch market for Nikola and these stations will support key customers.
August 4, 2022

The company will use the money to accelerate future defense innovation through investment in start-ups.
August 3, 2022

The new projects include tech to help those with walking disabilities, a fetal monitor to detect compromising issues and a wearable phototherapy device for treating thrush.
August 2, 2022

Proper technique plays such an important role in saving time and money in these applications.
August 3, 2022

How the Pandemic is Changing Continuous Improvement

As Six Sigma's popularity fades, Lean is becoming stronger than ever.
August 3, 2022

The company has redefined the material handling industry.
August 2, 2022 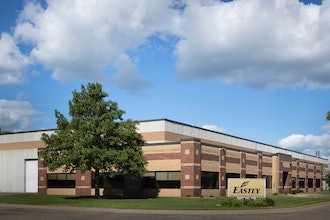 The building has over 42,000 square-feet of production space and an expansive product demo area.
August 2, 2022