The Supreme Court on Monday turned away an appeal from General Motors Co. seeking to block dozens of lawsuits over faulty ignition switches that one plaintiffs' attorney said could expose the company to billions of dollars in additional claims. 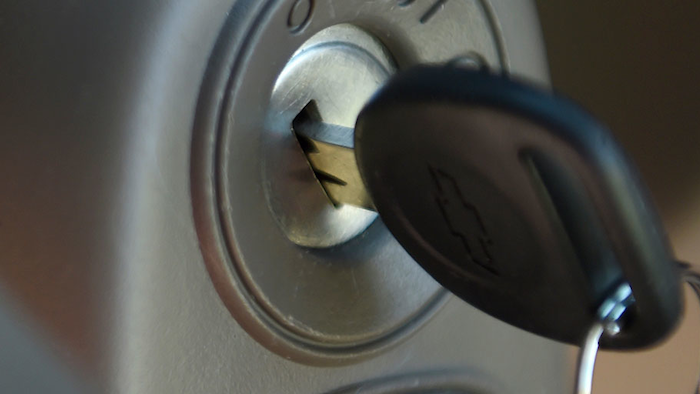 WASHINGTON (AP) — The Supreme Court on Monday turned away an appeal from General Motors Co. seeking to block dozens of lawsuits over faulty ignition switches that one plaintiffs' attorney said could expose the company to billions of dollars in additional claims.

The justices without comment left in place a lower court ruling that said the automaker's 2009 bankruptcy did not shield it from liability in the cases.

An attorney representing hundreds of plaintiffs who are suing the company said it exposes GM to around 1,000 additional lawsuits and $5 billion to $10 billion in liabilities. GM said the cases will have to be tried on individual merits.

A federal appeals court ruled last year that GM remains responsible for ignition-switch injuries and deaths that occurred pre-bankruptcy because the company knew about the problem for more than a decade but kept it secret from the bankruptcy court and owners of cars with the faulty switches. The decision also opens GM to claims that any of those cars sold by the company prior to bankruptcy lost value because of the ignition-switch scandal.

The company had argued that well-established bankruptcy law allowed the newly reorganized GM to obtain the old company's assets "free and clear" of liabilities.

GM recalled 2.6 million small cars worldwide in 2014 to replace defective switches that played a role in at least 124 deaths and 275 injuries, according to a victims' fund set up by GM and administered by attorney Kenneth Feinberg. The switches could unexpectedly switch from the "run" position to "off" or "accessory," shutting off the engine and knocking out air bags and the power-assisted steering and power brakes.

But the appeals court in Manhattan overturned most of that decision and said hundreds of pre-bankruptcy claims could go forward.

"This takes GM back to the starting line after four years," Hilliard said. "They are now back to being responsible for terrible deaths."

Hilliard said pretrial discovery and depositions on broader factual issues have been completed, so he would expect cases to go to trial shortly.

But said in a statement the decision does not change the legal landscape much for the company. The high court did not make a decision on the merits of GM's legal arguments. Instead, those decisions will be made by lower courts, the company said. GM has a motion pending in federal court seeking to dismiss many of the pre-bankruptcy claims based on state liability laws governing liabilities against successor companies, spokesman Jim Cain said.

"The plaintiffs must still establish their right to assert successor liability claims," GM said. "From there, they still have to prove those claims have merit."

Plaintiffs have yet to win any so-called bellwether cases that have gone to trial, Cain said.

The Supreme Court decision not to hear the appeal exposes GM to additional liability from the pre-bankruptcy cases, said University of Richmond law professor Carl Tobias.

He expects many of those cases to be settled soon under pressure from a federal judge overseeing pretrial discovery in the cases.

This story has been corrected to show that GM is not disputing that pre-bankruptcy cases can proceed to trial.