What Does Reshoring Mean To Business-Location Incentives?

With the recent upsurge in jobs being re-shored and new facilities being domestically located, companies are feeling their perceived power to demand some sweeteners for locating operations in one place versus another. 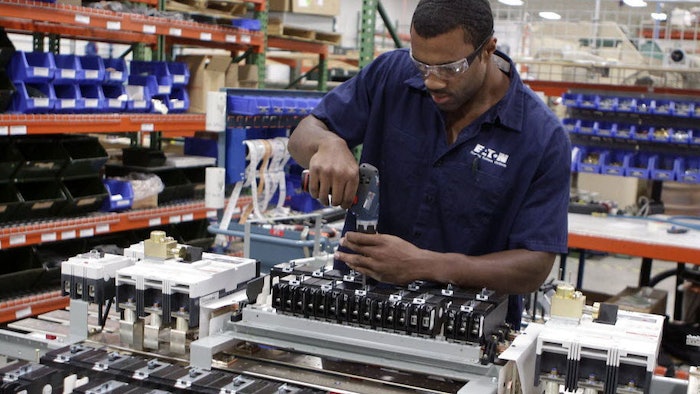 One of the recurring conversations that was frequently heard in recent years had to do with the relative merits of offering incentives to companies that were looking at possible venues for new business operations and manufacturing facilities. More and more municipalities, regional authorities and even states were willing to give up or delay tax revenue in favor of new jobs.

The arguments made were predictable. The more laissez-faire-oriented folks bemoaned any government involvement and the taxpayer-funded nature of these programs. Other more pragmatic and progressive folks saw these programs more positively as an investment in the future. Some thought they were a necessary evil enabled by a poisonously competitive marketplace among cities and states to lure employers away from other locations in favor of their own.

Regardless, the game appears to be heading for a new level of intensity. This is evidenced by the recent upsurge in jobs being re-shored, new facilities being domestically located and companies feeling their perceived power to demand some sweeteners for locating operations in one place versus another.

Is It Time to Rethink Some of These Programs?

This might be the best opportunity we have to engage in a real dialogue about the wisdom of these competitions. Are they really good for the communities involved? I think there are some serious issues that deserve consideration.

First off, let’s look at how these things work.

A company announces they are looking for a place in which to locate a new facility. It might be a service center, a factory or a distribution center. The announcement, especially if it is a recognizable name, is made and widely distributed by the press. Even if it is not, there are location consultants whose specialty is matching employers with potential homes for their new facilities.

Once the knowledge about the potential expansion is public, cities and their agents become active pushing the advantages of their location in terms of why the company should locate their.

It has been an employer’s market for many years. The assorted candidates ante up benefits, and in return, they get a widget plant.

Some of these benefits are good and work well for the community while others are potentially harmful and don’t really service the common good. Here are some examples of both good and bad.

Consider the shovel-ready industrial park. The idea is that the town and county zone a parcel of land for industrial development. They extend sewer, electric, water and other utilities to the park and to each sight within the park. Companies can come in, build their facilities, hook up with the services they need and start doing business.

Some of these operations may even have railheads, airstrips and other logistical services ready to go.

These offer great advantages to both parties.

The company can come in with their jobs and not have to develop land, go through the inevitable rezoning processes, pay to have utilities brought in, or any of the other time-consuming and sometimes risky processes that must be completed prior to opening for business.

The municipality can be assured that their residential neighborhoods will be protected from incursions by businesses that are not compatible with or threaten the livability of nearby residential neighborhoods. Trucks aren’t trundling down residential streets, shift whistles aren’t blowing in the middle of the night and any pollution issues would, in the immediate sense, be contained and kept away from people’s homes.

In these situations, municipalities are willing to waive property taxes, delay or waive payroll taxes or even drop income taxes for companies and company employees locating within their jurisdictional limits. In many cases, these are sweeteners combined with paid-for facilities or dollar-per-year lease agreements for facilities built by taxpayers.

While these may make sense in the heat of competition, they can place an undue burden on taxpayers. No business is going to stay in business by giving away their product without making a profit.

Municipalities aren’t businesses, but they must recoup expenses that are incurred doing the things that they do. When they front money to build out facilities or waive future tax dollars, they are gambling with taxpayer money. When the future doesn’t turn out as planned, schools are suddenly without operating funds, streets are full of potholes, cops aren’t replaced, firetrucks are used beyond their service life and hospitals go without nurses. Overall, the quality of life in that town suffers.

Some companies understand that this gamble is too risky for some municipalities. No company wants to be the reason that the hospital had to close in Pleasant Valley or why the local fire department had to contract with the department from another town 20 miles away for service.

The notion of an all-powerful employer calling the shots in a company town is offset by the PR nightmare image of GM destroying Flint, Michigan by closing down several assembly plants. Most companies like being a key part of the local economy, but the smart ones don’t want to be the only game in town.

Alternatives to Pay to Play

There are real advantages that towns can offer employers that have less to do with monetary risks and more to do with offering a better venue than the competing city two counties over. A better investment for the government, the citizens and the world in general is to spend on an improved community. Some areas would include:

With more companies coming home and opting to remain onshore, the pressure is likely to subside somewhat, but cities that have been out of play for a long time may try to make up for past sins by offering over-generous incentives to entice companies to locate in their area.

Hopefully cities and businesses will be better served by a more balanced market that matches employers to locations that are better for them based on the right reasons. Cities will hopefully not mortgage their futures by giving up future funds that will eventually inhibit their abilities to provide the services they must deliver.

Lou Washington is a blogger and senior writer for Cincom Systems.