Insights on how to calculate financial justification for migrating your legacy distributed control system to a new automation system. 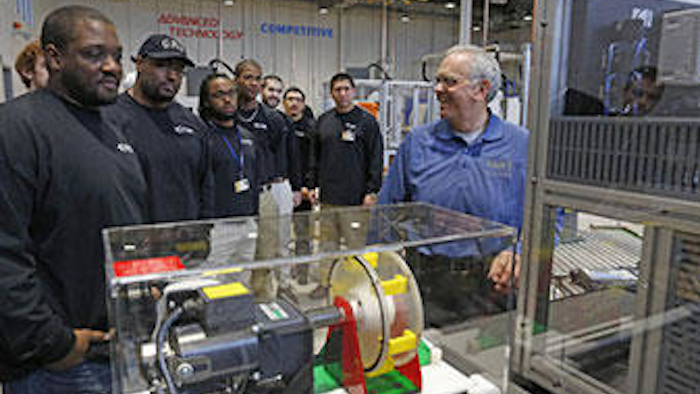 Many plants with process applications have an outdated distributed control system (DCS). As these systems reach the end of their useful life, migration to a new automation system is required. But before this can take place, internal plant personnel must provide a financial justification.

This justification must compare the cost of continued operation with the DCS to the costs and benefits of migration to a new automation system – or the total cost of ownership (TCO) for each system.  Comparing the TCO of the existing DCS with that of a new automation system is the most comprehensive way to analyze and justify a DCS migration project. TCO takes into account all relevant financial factors including purchase price, maintenance costs, energy consumed, downtime and quality.

Excessive maintenance and support costs, along with relatively high levels of downtime, are the most visible reasons to migrate from a DCS to a new automation system. They are also the easiest to quantify. Older DCSs can become very expensive to operate and maintain for three reasons: increased system failure due to deteriorating components, difficulty procuring spare parts, and a lack of qualified maintenance staff.

All three of these, in addition to product changeovers, can result in relatively high levels of downtime and greatly increased costs. This is a significant expense for continuous process operations as plants typically take hours or even days to restart after an interruption.

Harder to analyze, but often more important, are the costs associated with poor process control.

Substandard process control results in excessive energy use, poor quality and reduced throughput. Controlling the process tighter to setpoints helps maximize these components and minimize waste. For example, heating a product to 0.1 degrees over its setpoint consumes less energy than heating it to 2 degrees over its setpoint. For plants running batch processes, adding too much of a particular ingredient can result in an unacceptable product, necessitating scrap. Even if the batch is acceptable, costs may be higher than needed if the ingredient is added in excess quantity.

It is also important to consider the level of integration the system has with third-party hardware and software platforms. Older DCSs generally do not support modern, open communication standards so it may not be possible to add needed features. With a new automation system, additional features may be built-in or relatively simple to integrate.

In addition to calculating the TCO for the existing DCS, justification also requires a quantification of new automation system costs and benefits. New system costs can be broken down into three main categories: installed cost of the new automation system, cost to train employees on the new system, and downtime incurred while installing the new system.

The first two costs are generally straightforward to quantify as suppliers can give fixed-price quotes for each. The cost of downtime incurred while installing the new system is harder to quantify, but can be minimized by following a three-phase migration method. Breaking up the total required downtime into multiple periods is often advantageous and also spreads migration costs out over a longer period.

With a three-phase migration, the most obsolete components – namely the human-machine interfaces (HMIs) – are converted first. This can often be done with minimal downtime, and in some cases, none. In phase two, the legacy process controllers are replaced while allowing customers to reuse existing I/O modules to maximize the return on their existing investment. In the third and final phase, the I/O is replaced. In many cases, automation suppliers have wiring solutions that allow the removal of legacy I/O without the need to remove field wires, significantly reducing installation costs and risks associated with I/O replacement. To help minimize downtime, each step is tested in an environment that simulates its connection to an actual automation system before being installed and connected.

The final step in justifying the value of migration is a financial analysis. The most accurate financial metric for a DCS migration is the net present value (NPV). The NPV estimates the value of continuing with the existing DCS as opposed to the new automation system. It also incorporates the interest rate, referred to as the corporate discount rate.

The NPV can be difficult to quantify because it requires annual costs and savings for each option to be listed for the expected life of the shorter-lived option. For example, if the DCS is expected to be totally obsolete and unsupportable in five years, then the annual TCO for the existing DCS and the new automation system would have to be calculated for each of the five years, with all values discounted back to the present. Table 3 shows an example of an NPV calculation for a five-year period.

As Table 1 shows, the existing DCS has an annual TCO of $100,000 that is increasing at a rate of 10 percent the first year, rising by 5 percent per year to 25 percent in the fifth and final year as the DCS becomes increasingly unsupportable. In the end, a new automation system would require an investment of $1,000,000, but would save $150,000 per year in TCO as compared to the existing DCS.

Comparing the TCO for the existing DCS to that of a new automation system indicates whether the migration is financially justifiable. Outside assistance is often required to evaluate a prospective upgrade – and this assistance can be provided by consultants, system integrators and/or automation suppliers. A good partner should be able to provide much of the data required for the financial justification, help you identify your specific needs and put together a migration plan based on your goals, constraints and future production plans.