Back in May, KPMG released their fourth annual Global Manufacturing Outlook, which was built around a poll of 335 C-level executives on a global scale. The results show that U.S. manufacturing seems primed for an era of “hyper innovation,” in which companies develop not only new products, but entirely new product categories and new ways to build them. 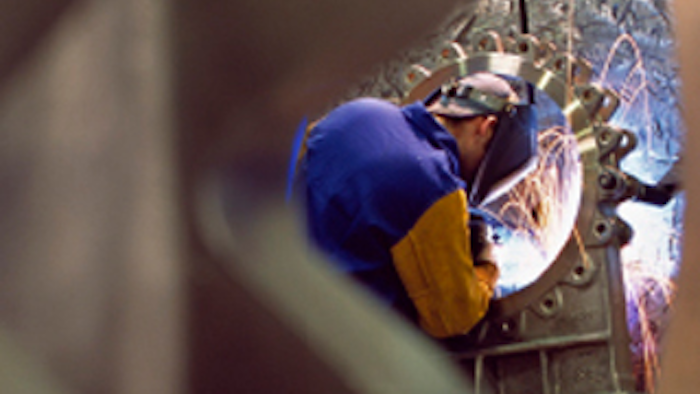 Back in May, KPMG released their fourth annual Global Manufacturing Outlook - Competitive Advantage- Enhancing Supply Chain Networks for Efficiency and Innovation, which was built around a poll of 335 C-level executives on a global scale. KPMG questioned these executives about some of their biggest pain points and trends that are starting to weigh on their minds, and the results revealed a number of interesting trends, such as the sheer lack of visibility among global supply chains. Whether this is because of outdated technology or simply due to more global sources, the key take-away is that there is a surge of mindshare on how to better manage these relationships via collaboration and new technology.

At the same time, the results show that U.S. manufacturing seems primed for an era of “hyper innovation,” in which companies develop not only new products, but entirely new product categories and new ways to build them. This shift toward R&D is weighing on the minds of manufacturing executives, and the polls shows that it will continue to be an increasingly important component of the overall bottom line. And as the connections between the supply chain and R&D become increasingly convoluted, one will not be able to improve without the other.

On the supply chain angle, Jeff Dobbs, Global Sector Chair, Diversified Industrials and a partner with KPMG in the U.S., says, “As we came out of the recovery, we saw people near-shoring and moving their supply networks much closer to the market. That was step one. Step two is that they can achieve some real efficiency if they do more collaboration with their customers and their supply base. Now, what we’re seeing is the very energized, very focused effort to take the supply chain to the next level.”

Why, then, do 49 percent of global manufacturing executives, and 54 percent of those in the U.S., admit that their companies do not have supply chain visibility beyond their Tier 1 suppliers? Why do only 7 percent of U.S. executives claim complete global supplier visibility? Dobbs says that part of the reason is that “supply chain” means different things to different people, and that it covers the entire continuum, from R&D to procurement to manufacturing to distribution and beyond, in addition to tall the minor steps between those. Historically, each of those components have been interdependent — in that manufacturing, for example, is beholden to what equipment and materials acquired by procurement people — but independently-managed.

Dobbs thinks this structure is quickly coming to an end. He says, “I think as people are beginning to talk about demand-driven supply chains, where we think that the manufacturing world is headed, you have to start connecting the dots from end to end. When you do that, and you try to share information and be collaborative, you find that the systems just haven’t been built that way.”

That’s an important point, because the survey showed that 44 percent of respondents globally still use “old” technologies to manage their supply chains, such as email, fax and even “snail” mail. This may work on a day-to-day basis, but it’s often not the best option during a major supply chain disruption, where in-transit product needs to be re-routed as soon as possible. That technology only works through one part of the continuum, when the high-speed supply chain requires that a single change be automatically pushed down to all the important players.

Dobbs says one of the reasons technology isn’t being updated with the necessary speed is the degree — or lack thereof — at which OEMs and their suppliers are willing to collaborate or be open about their internal processes. In the past, no one would share information about costs or product flow, but he’s seen that mentality change, slowly. He says, “I think what people are figuring out is that they need to move from collaboration to partnership, transparency and visibility across the supply chain, and to do that, they need different kinds of technologies, and different kinds of policies about what they share.”

The matter as to why the necessary collaborations and partnerships don’t already exist is a difficult question to answer. Dobbs says that the old supply chain model, particularly in the automotive or aerospace industries, was to hold suppliers accountable with a lot of metrics, and to consistently pressure for reduced costs. That put an enormous amount of stress on suppliers, and even served to fracture the relationships — “tension doesn’t necessary create collaboration and partnership,” he says. But in the recession’s aftermath, more companies on both side of the equation are starting to see why partnership and transparency will be incredibly important.

And things are getting better, with time. Dobbs says that when it comes to the current software implementations that help control the supply chain, “They were big, expensive, took a while to implement, and probably weren’t that nimble. They probably weren’t designed with the entire continuum in mind. We’re driving a year 2000 car, but things have changed. Technology has changed.”

And as technology on the supply chain changes, so does the technology that goes into the products themselves — which has lead to a resurgence in R&D spending. 38 percent of the survey’s respondents expect to invest 4 percent or more of revenue in R&D and innovation over the next 24 months — more than 20 percent higher than the current level. In addition, 29 percent of U.S. respondents plan to invest in breakthrough innovation, and not just incremental enhancements.

Dobbs is confident that the major shifts in the supply chain will help fuel an era of “hyper innovation” among manufacturers all around the globe. There’s a precedent for this — many recessions are proceeded by periods of rapid growth and change. He says Apple is a good example of the need to be constantly innovating, if only because a failure to do so would mean seeing their marketshare swallowed by the likes of Samsung.

But when it comes to durable goods like cars or airplanes, the equation gets more complex, even if the result doesn’t change. Self-driving cars are probably still 10 years away from a consumer reality, but Dobbs says that with the current advancement of technology, it’s hard to make any kind of prediction: “The advancement of technology, both in terms of process, in terms of research, in terms of battery cells, in terms of connectivity of the car itself — it's difficult or impossible to predict how much progress we'll make in the next several years.”

The supply chain is getting more attention as these innovations kick off as well. 51 percent of respondents around the globe say partnerships with suppliers will define their direction of innovation, and 32 percent say their biggest challenges is forming those collaborations. Dobbs says, “The sector may appear to be slowly evolving, but it is on the cusp of explosive change in the next 3 to 5 years. The prolonged stage of intense competition, modest growth and a hyper-focus on cost reduction has strongly positioned companies to maximize this next phase of innovation.”

American manufacturing stands to gain a great deal from these changes. Dobbs says, “The U.S. certainly has challenges, but it's still seen as the growth engine of the world. From an innovation standpoint, one of the things we take for granted in the U.S. is the innovation ecosystem, which is the availability of engineers and smart people, academic research institutions, government funding, venture capital money, all in an environment where there is and can be a fair amount of collaboration.”

He’s confident that in a few years, many will look back on the current state of American manufacturing as a scheme to be replicated later on down the line. Right now, as we enter what he believes to be that era of hyper innovation, more manufacturers will need to ask a few critical questions: Where do they want to do innovation? And not only that, where can they do it? Where can they access the resources — everything from partners to people — to work on these forward-thinking projects? In many respects, the answers to those questions will guide which economies, and which companies, find success or failure in the coming years.