If you’re one of the few with that million-dollar idea, here are five key manufacturing trends you should know about to help bring your product to market faster, cheaper, and more efficiently. 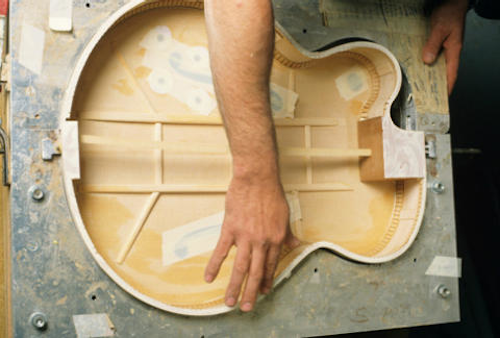 So you want to start a small product-design business? Here’s the good news. The playing field is more level than it’s ever been, and sophisticated social media and digital marketing tools allow for a more intimate connection to your consumer.

If you’re one of the few with that million-dollar idea, here are five key manufacturing trends you should know about to help bring your product to market faster, cheaper, and more efficiently.

1. Crowdfunding. Why borrow money from a friend when you can borrow from a thousand friends? More and more entrepreneurs are looking to harness the power of the crowd to acquire capital, and there’s lots of money to be had. Globally, the crowdfunding industry is projected to raise a staggering $5 billion in 2013. The largest and most well known of the crowdfunding engines is Kickstarter, but smaller sites such as Indiegogo orappbackr target specific communities with niche needs. Though donation-based funding does occur, investment is the buzzword for small businesses and their consumer base.

View: Kickstarter of the Week: Mobile 3D-Scanner Raises More than $1.1M on Kickstarter

“It’s a new currency of remuneration,” says Jordan Brandt, Technology Futurist at Autodesk. “Finding ways to incentivize people, give them exposure, and make them feel like they helped in bringing a product to market carries a lot of weight.”

Whichever crowdfunding site you choose, your page is the first place to introduce your product to the masses. Don’t underestimate the quality of a compelling and well-edited video and coherent messaging. But remember, a Kickstarter page is not a business plan. The road to a successful crowdfunding campaign is littered with stalled or broken-down initiatives that began with a great idea, but fizzled due to a lack of long-term planning.

2. Reshoring. Call it what you want: reshoring, onshoring, distributive manufacturing. With the increased cost and environmental impact of shipping goods overseas, a decreasing wage disparity, and cheaper domestic energy, many businesses are bringing their manufacturing closer to the consumer. All those aforementioned financial factors—coupled with an increased desire for product personalization and a decreased tolerance for waiting around—has resulted in a trend toward local manufacturing.

In the past, small businesses had to latch onto a larger supply chain or team up with other small businesses to get their order numbers high enough for overseas manufacturing. Now that it’s proving more cost-effective to bring everything back home, another phenomenon is occurring: a resurgence of the “Industrial Commons.”

“As easy example would be Detroit in its heyday,” Brandt explains. “Not only did you have the auto designers and the large car companies, but you had the supply chains making the parts for them. Then you had all the logistics organizations making sure everybody got the right part at the right time.”

With big business reshoring, smaller businesses can take advantage of those newly created local ecosystems and thrive domestically. They also get PR points for putting those manufacturing dollars back into U.S. pockets.

3. Additive Manufacturing. As opposed to subtractive manufacturing, which involves cutting or drilling, additive manufacturing is the creation of a three-dimensional object by adding layers. Though the technology has been around since the mid-’80s, it’s affordability as of late has been one of the biggest factors in helping small businesses control more of their manufacturing. Brandt references the origami-inspired Oru Kayak, a double-layered polyethylene vessel, as a perfect marriage of advanced automation, crowdfunding, and collaborative design software such as Autodesk’s Fusion 360.

Attendance numbers for RAPID 2013, the country’s premiere additive manufacturing conference, doubled from its 2012 totals, and the growth isn’t relegated to more traditional manufacturing sectors. Everyone from opticians to aerospace engineers has used additive manufacturing for parts and products, but the biotech and medical communities are parlaying the technology into exciting new ventures.

“[Autodesk’s] bio-nano team is building an open hardware bio research kit that heavily leverages 3D printing to enable garage biologists and inventors around the world to do cellular and molecular scale research at a fraction of the cost traditionally required,” Brandt says.

4. Open-Source Hardware. The universal access and redistribution of information is nothing new to software developers, but with a new community of DIY makers flooding the Internet with unique products, sharing valuable knowledge has become much more commonplace. But as with any close-knit group built around a specific activity or interest, there’s an underlying code of conduct that should be followed.

Taking without giving back is generally frowned upon, as are people who come in looking for catchall solutions to their problems. The use of open-source hardware isn’t meant to be a replacement for domain knowledge; it should merely improve your ability to function in your given field. Further, the community will be much more supportive of your endeavors if they see you as an expert in your field.

“I think that the risk in crowdsourcing is burning out the contributors,” Brandt says. “They’ve contributed on 25 different campaigns and designs, and at the end of the day, they just don’t get any return for it. Local Motors is dealing with crowdsourcing aspects of the design of their vehicles and rewarding the people who contribute those designs so that they continue to do so.”

5. Advanced Automation. Sensor networks, vision systems, artificial intelligence: These are just a few ways of turning serially programmed, basic automation into advanced automation, and they aren’t as costly as you’d think. Smartphones with built-in features like GPS, compass, and accelerometers can even be an input device for advanced automation.

“Small businesses that say ‘Robots are for the big companies, automation is for high-capital expenditure, I’m not gonna know how to use it.’ Now is the time to rethink that,” reasons Brandt.

Advanced, after all, is a relative term, and doesn’t necessarily translate to expensive. An ammunition reloader, for example, could hook up a sensor that measures the humidity in the room and adjusts how hard the reloader tamps the gunpowder into the shell. The result? A more accurate load. A thermometer installed inside the steamer of an espresso machine that measures the temperature of the milk can mean the difference between a good cappuccino and a great cappuccino. With so much tech available at a reasonable (or even negligible) cost and so many open forums ready to point you in the right direction, it’s no surprise that the small business community is experiencing a renaissance.

Has your small business had experience with any of these trends? Please share your experiences in the comments section below.