The Green Evolution Of Manufacturing: The Tipping Point Of Eco-Friendly Methods

After a hiatus during the World Wars, the country began legislating to protect the environment, which changed manufacturing and commerce forever. 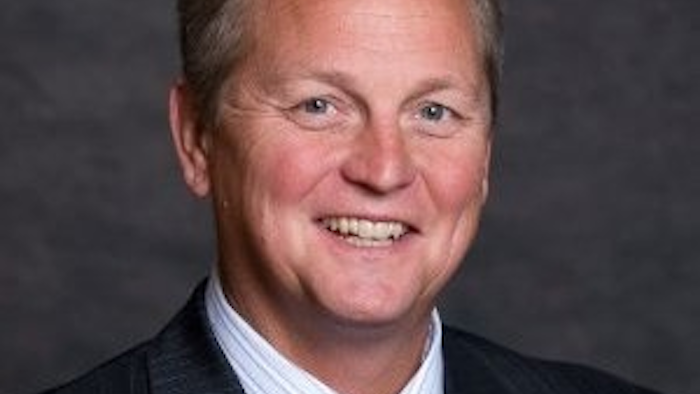 It’s hard to pin down a specific date for the start of the modern environmentalist movement. To some degree, the ideals of conservationism are as old as mankind itself.

But that doesn’t mean that those ideals have always been a priority. For many, many years, the overriding focus of our civilization has been on advancement, industry and financial profit. And it’s clear now that holding these priorities came at a cost to our planet.

Despite the fact that environmentalists have long advocated for a more eco-friendly approach to all aspects of life, the idea of “going green” only took on such great importance several years ago. Thanks to Al Gore’s An Inconvenient Truth and wider coverage of the environment in media, many began questioning the long-term viability of our way of life.

But Gore didn’t start the revolution, just as he didn’t invent the Internet like a lot of people mistakenly believe. The roots of this phenomenon lie much further back in our history.

It’s true that in the 1970s, only a small minority of people was concerned enough to use solar water heaters and wind turbines. These people were regarded as the kooky early adopters of a tech that was experimental at best. But somewhere along the way, all of that changed — the scales tipped in favor of the planet and eco-friendly solutions became the new gold standard in industries such as manufacturing.

The Push For Change

Environmentalism isn’t a trend or a form of mass hysteria; it is, in fact, deeply rooted in American philosophy. Being concerned about the environment and actively trying to save it is at once practical and idealistic, both qualities that are very much American.

Although legislative fervor caught up with the public’s changing mindset in the 70s, the thought process originated in intellectual circles way back in the 1830s and 40s. The turn of the century saw many notable writers and thinkers elaborate on the subject, including Rachel Carson, George Perkins Marsh and Henry David Thoreau.

The government had already started preserving land parcels for parks and wildlife by the 1800s, but conservationism was popularized by Teddy Roosevelt and John Muir after Roosevelt’s visit to Yosemite in 1903. As the movement began to gain steam in the 1970s, government decided to get involved and enacted important changes such as The National Environmental Policy Act, the Clean Air Act and the founding of Earth Day.

After a hiatus during the World Wars, the country began legislating to protect the environment, which changed manufacturing and commerce forever. People’s attention was now turning toward the hazardous practices used in factories and mines around the country. The 1970s and 1980s were rocked by many oil spills, including the Exxon Valdez spill in 1989. Toxic waste, pollution and contamination were now being linked to manufacturing and big business, which turned the public against them.

The 1990’s saw a massive uprising in the radical environmentalist movement. Some protesters began chaining themselves to trees to save them, which earned them the nickname “tree huggers.” First Earth and PETA were launched around this time as well. Vegetarianism was making a comeback and environmentalism was beginning to get heavily political. Changes in rules meant businesses had to adapt.

Going green was now a legal requirement rather than a fringe interest and it was no longer restricted to the extreme left-wing business owners. Building and selling in all industries had to be made cleaner and greener to ensure survival. Manufacturing plants began managing waste better and using fewer resources.

While companies began to restrict the amount of carbon emissions from their factories, state green credits encouraged them to recycle the CO2 by selling them to companies that could liquefy the greenhouse gas and use it for other purposes, such as precision cleaning. This allowed factories to not only reduce the aggregate tons of CO2 released but also to help conserve water.

As the technology for renewable energy improves and the prices for eco-friendly manufacturing methods come down, companies are finding it easier to meet both consumer demands and government regulations in the most efficient and green way possible. Corporate social responsibility has gone from being just a buzzword to an essential part of a successful business plan.

Despite a decline in American manufacturing relative to the services sector, the country still produces many more goods than most other countries combined. A whopping $1.7 trillion worth of goods are made in the U.S. every year, which makes up close to 11.7 percent of the GDP.

Of late, manufacturing and exports are becoming more important in the country’s struggle to boost the economy and recover jobs. But manufacturing in this century is expected to get a lot greener in the very near future. The push for new and innovative ways to foster the use of green tech in manufacturing and states are incentivizing factories to lower paste and carbon emissions.

In the coming years, the country will rely more and more on growth in green manufacturing, which will also have an added boost to green jobs.  The good news is that this change will not only benefit the planet and eco-minded consumers, but also forward-thinking companies that learn how to adapt.

About the Author:  Jon Wikstrom is the founder of Cool Clean Technologies, a company that has pioneered the use of liquid CO2 cleaning in manufacturing and precision cleaning.