The James H. Miller Jr. Plant in Alabama had both spillage and heavy dusting issues so management considered replacing EoL equipment. The engineer assigned to fossil fuels had other ideas. He created an aggressive scope of work that included all of Miller management’s and operations’ collective wishes over 20 years, combined with his vision of how to add reliability and redundancy paths for the plant. 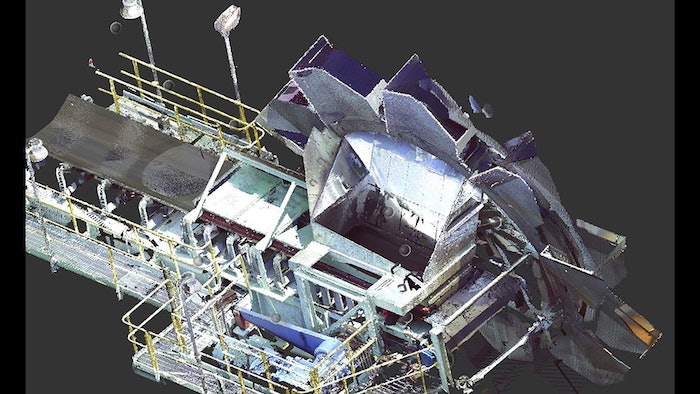 The James H. Miller Jr. Plant in Alabama is one of the top 10 largest coal-fired power plants in the United States, responsible for 46 percent of the power generation in the state of Alabama. This flagship power plant for the state converted to Powder River Basin coal approximately two decades ago to gain the environmental benefits of the coal’s low sulfur properties. The downside of PRB coal is the 12,000 tons per hour that the facility needs to consume to maintain an equivalent power output, when compared to pre-conversion.

With 3,000 tons an hour moving on one belt alone, the Miller plant still passed 100 percent of its coal through a single transfer system. There were both spillage and heavy dusting issues so management was considering new chute work to replace EoL (end of life) equipment. The engineer assigned to fossil fuels had other ideas. He created an aggressive scope of work that included all of Miller management’s and operations’ collective wishes over 20 years, combined with his vision of how to add reliability and redundancy paths for the plant. With so much coal traveling through one building, the engineer was trying to address the fact that any upset condition could knock out almost 50 percent of the power for the state of Alabama.

This concern translated into a 28-page document, outlining requirements for probably the largest and most complicated material-handling project ever undertaken at a running power plant — one where a principal mandate was that the plant continued to move coal through the same area that was to be updated. This work was to take place in a building that was overstressed structurally and mechanically, and the concept was to add 50 percent in additional material handling capacity.

Acensium was one of two contractors that responded to the RFP and the only one willing to put in a bid and move forward. The following was achieved during the course of the project:

Acensium delivered leadership and experience in retrofit engineering, design conceptualization and material flow modeling to the Miller project. Working with the Miller team, Acensium developed retrofit plans encompassing the needs of both operations and management at the facility. By providing 3D laser scanning, digitization and modeling of the plant, risks of schedule delay and work stoppage due to design issues or unforeseen conflicts during installation were significantly reduced.

The onsite consulting team confirmed that the building, which had an additional floor added in 1998, was severely overstressed. Laser scans detected deflection in some of the support beams. In response, Acensium performed all necessary structural retrofit design, creating a new skeleton to put into the existing building — while it was still operational. The largest beam of this skeleton, weighing in at over 21,000 pounds, had to be placed under the existing structure and utilities.

Maintaining tolerances were absolutely critical during this retrofit. With most projects, variances plus or minus an inch are acceptable to get the job done. At Miller, with so much material moving through such a confined space, it was an fundamental project requirement to maintain tolerances within 1/16” to avoid critical system failures. This was accomplished this through progressive laser scanning, supporting the installers all the way through the entire job.

Part of the design included splitting the coal flow to facilitate feeding multiple systems at one time. The flow was split through an unconventional geometry arrangement that helps to ensure redundancy and increase overall efficiency at the plant.

Acensium was able to accomplish every goal set by plant Miller, and this was accomplished while not interrupting operations at the plant. The final system is very complex with multiple coal flow paths, including significant falls. This highly redundant system runs with no pluggage or interruptions of any kind.

The Miller fossil fuels engineer is already looking ahead to projects into 2020 and Acensium built dedicated future-proofing into the new system to support this growth. The organization recorded detailed scans of as-built conditions, including changes in conduit, electrical, fire protection, wash-down, structural members and chute work. In the current phase, the team is running models to examine different ways of bringing coal into the building and forecasting the impact of any future changes.

The final facet to this very detailed, complex engagement was time. Miller needed this project fast-tracked, and while this process should have taken anywhere from 12-18 months to move from concept to design, Acensium took nine months from the initial purchase order to the day the client started demolition. Acensium cites this pressure as an actual catalyst to help achieve peak performance — and while anything may appear intimidating on paper, the company states that it considers no job too big or too small.