As food manufacturers capitalize on expanding opportunities to source locally and globally, they are required take a proactive approach to navigate through different governments’ complex laws in order to minimize potential risks like confiscation, regulatory enforcement, outbreak and liability. 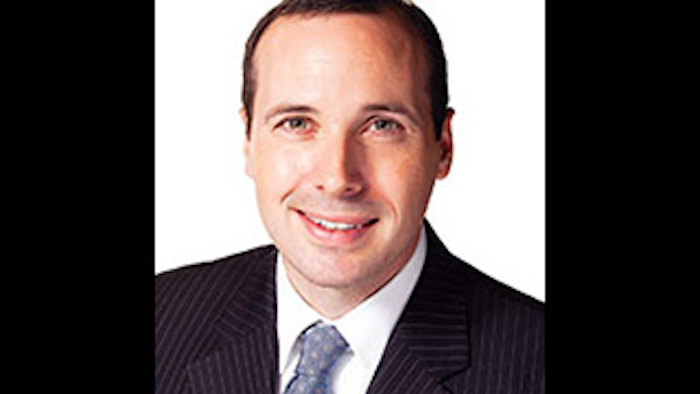 This article originally appeared in the January/February 2014 print issue of Food Manufacturing.

Food products have become increasingly globalized commodities, thanks largely to the rapid growth of international trade, more sophisticated transportation systems and the increasing demand from sophisticated and educated consumers. But along with growing demand comes greater awareness of food safety concerns, as well as accurate food labeling compliance — especially on the part of import and export regulators. As food manufacturers and suppliers capitalize on expanding opportunities to source both locally and globally, they are required take a proactive approach to navigate through different governments’ complex laws in order to minimize potential risks like confiscation, regulatory enforcement, outbreak and liability.

Notably, the Food and Drug Administration estimates that about 48 million Americans get sick from adulterated food each year. In fact, up to 128,000 people are hospitalized from outbreaks. Such events disrupt global food safety systems that obviously seek to minimize health concerns to consumers. The events also have great economic consequences to the manufacturers and suppliers and their insurers.

Therefore, the industry and governments like the United States are taking proactive steps in order to minimize production of adulterated food while also providing clear labeling of the products to the consumer. The U.S. has taken significant strides in addressing safety and increased labeling guidance by enacting the Food Safety Modernization Act (FSMA). As we discuss below, the FSMA greatly enhanced regulatory authority to various agencies which directly affect both food exports and imports.

Exporting food from the U.S. to foreign countries is a strongly regulated practice. While all governments exert some level of control over food supplies to support policies that protect its citizens, the U.S. is proactively providing clear requirements and guidance to food exporters while simultaneously seeking to increase standardized and harmonized practices for foreign governments currently developing their own regulatory schemes.

Depending on the product, a domestic manufacturer may need to filter through an approval process among more than one domestic federal agency before being authorized to export food. These agencies might include the FDA, Department of Treasury – Alcohol, Tobacco, and Firearms (ATF), U.S. Fish and Wildlife Service (FWS), and several divisions of the U.S. Department of Agriculture, — including the Food Safety and Inspection Service (FSIS), Animal Plant Health Inspection Service (APHIS), Agricultural Marketing Service (AMS) and Foreign Agricultural Services (FAS).

The detailed nature of the each country’s specific requirements means that each manufacturer must dedicate special attention to meeting them in the manner prescribed. Further, the regulations change with surprising frequency, and require consistent monitoring to ensure proper compliance at all times. Failure to do so could result in inspections, delays, penalties and even confiscation of the products, causing irreparable damage to the product and potential harm to the manufacturer’s reputation. Compliance, therefore, is an absolute necessity.

Lastly, a food manufacturer seeking to export its product must contemplate the legal implications of globalizing its business. Product liability law in the U.S., while varying substantially from state to state, is a comprehensive body of law that can expose manufacturers — including those of food products — to liability in the event of defective or damaged products. Although there are hurdles for foreign citizens to bring suits in the U.S., risks do exist and cannot be overlooked. Additionally, each foreign country will have independent laws with which the manufacturer will need to comply.

It is estimated that food imports make up 15 percent of food consumed in the U.S. Given the rapid rise in imported foods and the obvious concerns for food safety from various parts of the world, the U.S. recently increased food safety standards by subjecting them to complex new regulations pursuant to the FSMA. Critical among the numerous new standards is the requirement that domestic manufacturers certify to the FDA that food imports meet U.S. standards. Stated another way, the FDA now places the burden on the domestic manufacturer to certify that virtually every foreign party that played a role in the foreign food chain has complied with U.S. standards.

Moreover, the FDA recently published a proposed regulation that contains guidelines for third-party auditors (known as the “Accredited Third Party Audits and Certification Program”) who seek the authority to certify that a foreign food facility has complied with U.S. standards. Finally, the FDA has greatly increased its inspection capabilities for imported food and is developing plans with foreign governments to expand their food safety capacities. (See “Food: Guidance and Regulation” available at www.fda.gov/Food/GuidanceRegulation.)

Strategy Is Step One

Unfortunately, not all risks can be avoided. When an outbreak does occur, those in the supply chain must have a strategy in place to employ near-term and long-term steps to mitigate the outbreak, including, but not limited to, cooperating with governmental agencies and others seeking to identify the products that may be subject to the outbreak, notifying insurance carriers and retaining product liability attorneys in the relevant jurisdiction of the outbreak.

Thomas F. Segalla (tsegalla@goldbergsegalla.com), Andrew J. Scholz (ascholz@goldbergsegalla.com) and Leah A. Brndjar (lbrndjar@goldbergsegalla.com) are attorneys in the Food and Beverage Practice Group at Goldberg Segalla. The firm counsels and represents manufacturers of food and other products with respect to regulatory compliance, import and export issues, litigation avoidance, product liability defense and a wide range of other legal issues.