Since users are driving demand and manufacturing software vendors continue to invest in stronger solutions, the market is expanding in terms of cross-functionality, user-friendliness, SaaS offerings, and interoperability. This time will be looked upon in history as a rapid expansion of business processing power. 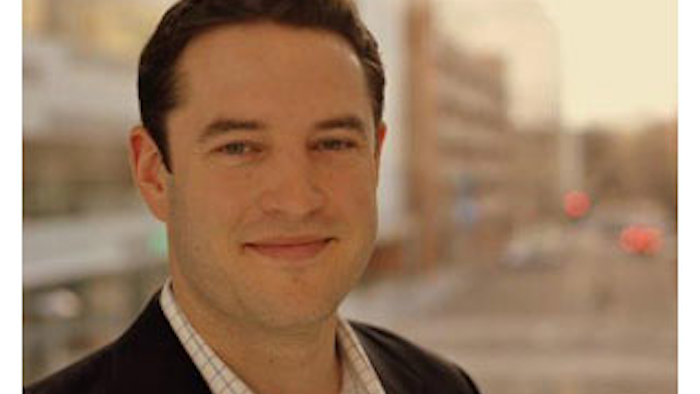 Since users are driving demand and manufacturing software vendors continue to invest in stronger solutions, the market is expanding in terms of cross-functionality, user-friendliness, SaaS offerings, and interoperability. This time will be looked upon in history as a rapid expansion of business processing power.

Like most industries today, manufacturing has gone through a long period of modernization that many believe is snowballing into a frenzy of digital innovation. Hi-Speed and Intelligent Robotics, Converged IT and Automation Infrastructure, Social Media Marketing, Detailed Process Modeling and Optimization Software, and 3-D Printing Machines are driving innovations, which, in turn, are increasing the demand for competitive advancements.

The trend of new technology and technical services replacing, and cutting the need for, laborious jobs is becoming so significant that The Economist  referred to the time as a reincarnation of manufacturing’s Industrial Revolution: the “Digital Revolution.” Along history’s timeline, the article placed this revolution third; the first being the late 18th century shift toward mechanization and the second the early-20th century introduction of the assembly line. Today, the use of computers to refine and exceed previous manufacturing models is proving equally notable.

It’s certainly an exciting time for manufacturing operations. However, despite its current press coverage, LNS Research believes that this revolution began a while ago. Below, we would like to highlight three main phases of this transformation, focusing on the past, present, and future of manufacturing technology.

The Convergence Of IT And Industrial Automation

Software was initially developed in the eighties and nineties to automate standardize and control particular business processes. In that time, it was common for plants to have proprietary IT systems in place rather than using the broader corporate IT infrastructure. While this was important for the development and spread of manufacturing software throughout the industry, many networks were lacking in their ability to secure data. For years, systems were left exposed to external threats. In 2010, for example, a global infiltration by the computer worm Stuxnet was a major wake-up call in terms of how companies view network risk.

In response to previous network threats, IT standards in various industries have been created to strengthen security. Additionally, companies have been conforming to corporate IT best practices. Now, most shop floors run on secure Ethernet-based systems, with movement toward Service as a Software (SaaS) options.

Despite the growing pains of change, Industrial Automation has transformed into a competitive market for vendors offering users an array of packaged functionality, which previously could only be provided with proprietary code. Currently, users look to interconnect the best functionalities between systems to deliver their own models of Operational Excellence.

The Move Toward Interoperability

One recent shift we’ve noticed is that companies have been placing additional importance on interoperability between platforms and applications. “Pure-play” vendors are focusing on delivering a solution that can easily interconnect with existing or larger enterprise software packages. Similarly, enterprise vendors, understanding that users may need more specific functionalities than those offered in the solution, are working toward making platforms more flexible. The needs for quality, compliance, regulation, shop floor management, design controls, and so on are vastly different between industries and sub-verticals.

Companies are now attempting to operate with an optimal mix of what the market is providing. Consequently, it is common for users to implement varying solutions that interoperate through standards-based web services and Service-Oriented Architectures. For example, a life sciences firm working in a highly regulated industry may want Enterprise Quality Management Software (EQMS ) that is strong in compliance and regulatory affairs for submission processes, while also employing a separate Enterprise Resource Planning (ERP) solution for managing other parts of the business, like inventory or finance. With today’s technology architectures, the user-experience as well as data models can be near-seamless with process automation and a best of breed approach.

In the past, competition between vendors was largely based on functionality, but it is becoming more about how well a solution can work within the technical infrastructure to increase visibility and accountability, while optimizing processes. Because of this, strategic partnerships have been formed by many large software providers to make solutions and packages more appealing.

Manufacturing In The Cloud And Consumerization Of IT

The direction of this revolution is gravitating toward customers requiring interoperable, on-demand, cloud-based, and user-friendly systems that can be cheaply implemented and need little maintenance. This, it seems, has been driven largely by consumerization, the concept of new technologies first emerging in consumer markets rather than in businesses or the government. Users have become technologically empowered outside of the plant and it’s translating into their everyday work lives. They would rather bypass the IT burdens of security, implementation timing, approvals and so on.

Although SaaS technologies are still emerging, we are seeing a strong presence in the ERP space. Similar capabilities in quality, design and other areas are expanding, especially so with increased demand. Users want the capability, for example, to check design plans on devices like iPads while walking around on the shop floor. Alternately, they may want to quickly implement emerging technologies for specific processes or use wireless networks on their smartphones for recording a process such as Corrective and Preventive Action (CAPA). Examples like these are in favor of cloud-computing and the breakdown of traditional command-and-control IT barriers.

The Snowball Is Still Small

It’s likely that this Digital Revolution is far from over. Since users are driving demand and manufacturing software vendors continue to invest in stronger solutions, the market is expanding in terms of cross-functionality, user-friendliness, SaaS offerings, and interoperability. This time will be looked upon in history as a rapid expansion of business processing power.