Shale: A Game-Changer For U.S. Manufacturers

In a report released today, PwC US examines whether shale will continue to help drive a resurgence in U.S. manufacturing. The answer? A resounding yes. The report, titled “Shale Gas: Still a Boon For U.S. Manufacturing?” studied key areas such as cost savings, and estimated that the “shale effect” could save U.S. manufacturing $22.3 billion annually by 2030, assuming a high natural gas recovery and low-price scenario. 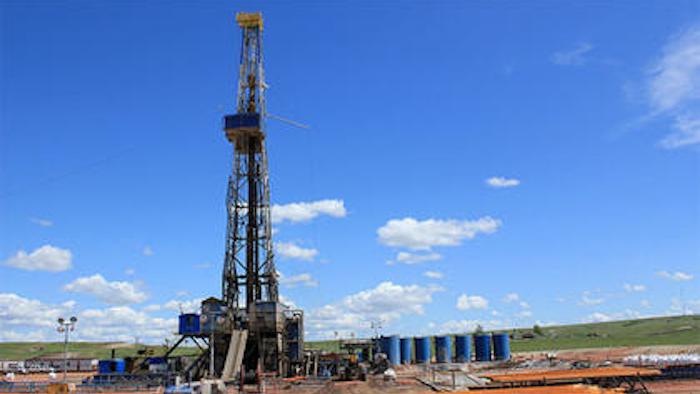 In a report released today, PwC US examines whether shale will continue to help drive a resurgence in U.S. manufacturing. The answer? A resounding yes.

The report, titled “Shale Gas: Still a Boon For U.S. Manufacturing?” studied key areas such as cost savings, and estimated that the “shale effect” could save U.S. manufacturing $22.3 billion annually by 2030, assuming a high natural gas recovery and low-price scenario.

It also examined job growth, predicting that 930,000 shale-gas driven manufacturing jobs could be created by 2030, and a whopping 1.41 million added by 2040.

“Natural gas has altered the energy landscape in ways few would have foreseen just five years ago,” the report states. “The U.S….is projected to surpass Saudi Arabia and Russia as the global leader in oil production by 2015. Meanwhile, 84 percent of the country’s energy demand was met through domestically produced energy in 2013, up from 69 percent in 2005.”

The report predicts that the most likely beneficiaries of the shale boom are “energy-intensive manufacturing sectors such as metals, as well as those sectors—most notably chemicals and petrochemicals—which use natural gas as a feedstock.”

Liquefied Natural Gas From The U.S. Could Set Sail For New Markets

The prospect of the U.S. exporting LNG is becoming a viable reality.

“The Department of Energy, Office of Fossils Energy, had received 44 applications to export domestically produced LNG from the lower 48 states as of Oct. 21, 2014,” the report states.

The report also notes that fortuitous timing could play a role in some countries. For example, 32 percent of China’s natural gas consumption in 2013 was imported, a two percent uptick from 2006. According to the report, China “is keen on increasing its use of natural gas” and in 2012 was the third-largest natural gas importer behind Japan and South Korea.

“A number of countries have begun to examine the production potential of shale formations in their countries,” the report states.

Poland has already leased out shale lands and drilled 43 test wells, while countries including Argentina, Australia, China, England, Russia and Saudi Arabia have explored potential in their shale formations.

“With rising global interest in exploiting this resource, exporting hydraulic drilling know-how, technology, and hardware could present significant opportunities for U.S. energy and oil and gas services companies and manufacturers that supply them,” the report says.

Thanks to consumption rates of natural gas around the world, this trend won’t necessarily curb the demand for imported U.S. LNG.

“While [China’s] natural gas production has tripled since 2003, its foray into shale gas has fallen short of expectation,” the report says. “Due to difficult geology and high extraction costs…the country recently nearly halved its 2020 target for domestically developed shale gas.”

Not only do slumping gas prices lower production costs for manufacturers, growing natural gas demand in the U.S. and abroad could also bring rising demand for infrastructure needs, such as machinery, turbines and pipes. It’s a win-win for manufacturers who supply the products needed for shale production—from extraction to distribution, to exportation and pipeline build-out.

And thus far, the shale boom doesn’t appear to be slowing down. According to the report, “In 2013 alone, North America constructed (or planned for construction of) 41,810 miles of pipeline.”