Manufacturing Set For A Strong Q4 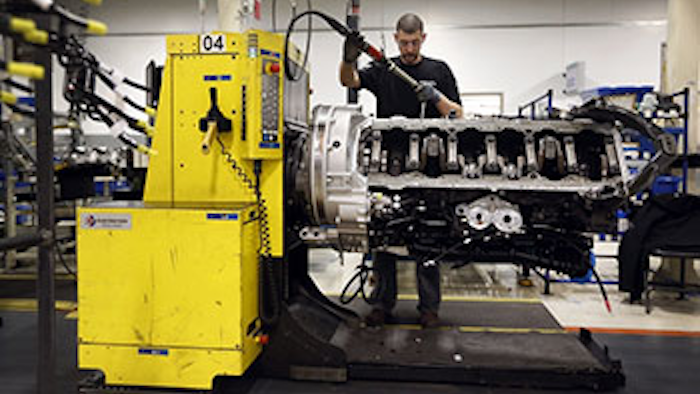 “Even with new orders down 6.7 percent, 60 is still a great number and August’s 66.7 was the highest number in years so you can’t expect to maintain at that level,” says Bradley J. Holcomb, CPSM, CPSD, chair of the ISM Business Survey Committee. “It’s a continuation of what we’ve been seeing. Now we’ve got 3 quarters in the drawer and from a quarterly perspective, Q3 has been the strongest quarter yet with an average PMI of 57.6. Whereas Q2 is at 55.2 and Q1 was 52.7. So very much moving in the right direction and setting us up for a good fourth quarter.”

ISM’s New Orders Index registered 60 percent in September, a decrease of 6.7 percentage points when compared to the 66.7 percent reported in August, indicating growth in new orders for the 16th consecutive month. A New Orders Index above 52.1 percent, over time, is generally consistent with an increase in the Census Bureau’s series on manufacturing orders (in constant 2000 dollars).

ISM’s Production Index registered 64.6 percent in September, which is a slight increase of 0.1 percentage point when compared to the 64.5 percent reported in August, indicating growth in production for the seventh consecutive month. This is the highest reading since May 2010 when the Production Index also registered 64.6 percent. An index above 51.1 percent, over time, is generally consistent with an increase in the Federal Reserve Board’s Industrial Production figures.

“New Orders Index at 60 is strong. It’s supported by 12 of our 18 industries growing new orders and only 2 reporting a decrease,” adds Holcomb. “The goal of manufacturing is to keep production level with respect to its resources, level of employment and assets. Manufacturers are not only working on new orders, but are also working off some of the backlog of orders where there was a 5.5 percentage point drop.”

The Inventories Index registered 51.5 percent in September, which is 0.5 percentage point lower than the 52 percent registered in August, which indicates raw materials inventories are growing for the second consecutive month. An Inventories Index greater than 42.8 percent, over time, is generally consistent with expansion in the Bureau of Economic Analysis’ (BEA) figures on overall manufacturing inventories (in chained 2000 dollars).

“In this environment of good, solid orders in sort of a robust business environment, manufacturing tries to keep inventories just above 50 so that they don’t run out of raw materials to meet those orders,” explains Holcomb.

ISM’s New Export Orders Index registered 53.5 percent in September, which is 1.5 percentage points lower than the 55 percent reported in August. September’s reading reflects growth in the level of exports for the 22nd consecutive month.

ISM’s Imports Index registered 53 percent in September, which is 3 percentage points lower than the 56 percent reported in August. This month’s reading represents 20 consecutive months of growth in imports.

“The import and export numbers are down a bit, but I think they’re normal variations,” says Holcomb. “We’ve been on a good export run indicating that the rest of the world likes our finished products. If you look at China’s manufacturing, it’s just kind of going along at a low level while Europe manufacturing is down. Meanwhile the U.S. remains strong.”

“Prices are pretty indifferent,” explains Holcomb. “It is up a little bit in terms of the direction, but if you couple that with our commodities up in price list, that list is relatively short.”

ISM’s Employment Index registered 54.6 percent in September, which is a decrease of 3.5 percentage points when compared to 58.1 percent reported in August. This is the 15th consecutive month of growth in employment. An Employment Index above 50.6 percent, over time, is generally consistent with an increase in the Bureau of Labor Statistics (BLS) data on manufacturing employment.