Taking On 'Microfiber' Pollution, A Laundry Room At A Time

The fight to keep tiny pollutants from reaching the dinner plate might start in the laundry room. 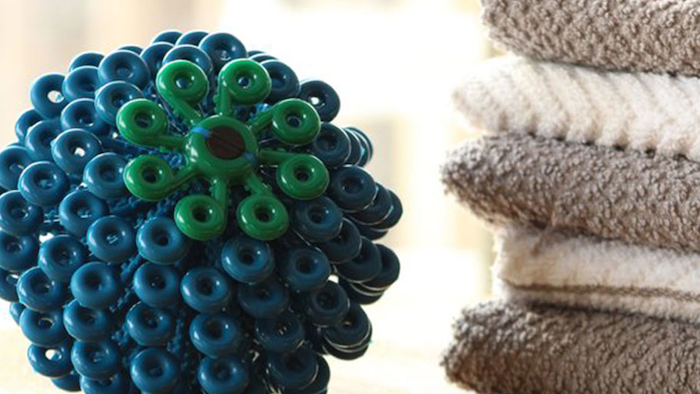 The fight to keep tiny pollutants from reaching the dinner plate might start in the laundry room.

Innovators are coming up with tools to keep tiny pieces of thread that are discharged with washing machine effluent from reaching marine life. Such "microfibers" are too small to be caught in conventional filters, so they eventually pass through sewage plants, wash out to waterways, and can be eaten or absorbed by marine animals, some later served up as seafood.

So far there are at least four products, with names such as Guppyfriend and Cora Ball, aimed at curbing microfibers.

The developers are taking the war on pollution to a microscopic level after the fight against microbeads — tiny plastic beads found in some beauty products that were banned nationally in 2015.

The issue has become an increasing focus of environmental scientists seeking to find out just how harmful microfibers are to coastal ecosystems, oceans and marine life and whether they affect human health. One study from 2011, led by Australian ecotoxicologist Mark Browne, found that microfibers made up 85 percent of man-caused shoreline debris.

Exactly how much microfiber pollution exists in the environment is a subject of research and debate. The United Nations has identified microfiber pollution as a key outgrowth of the 300 million tons of plastic produced annually. And a 2016 study in the journal Environmental Science & Technology found that more than a gram of microfibers is released every time synthetic jackets are washed and that as much as 40 percent of those microfibers eventually enter waterways.

While there's no question microfibers are escaping into the environment, it's unclear how harmful they are, said Chelsea Rochman, an ecology professor at the University of Toronto who plans a study at the end of the year.

One of the questions, she said, is whether the problem is the fibers themselves or dyes in them, and whether natural microfibers such as wool and cotton are less harmful than plastic microfibers. 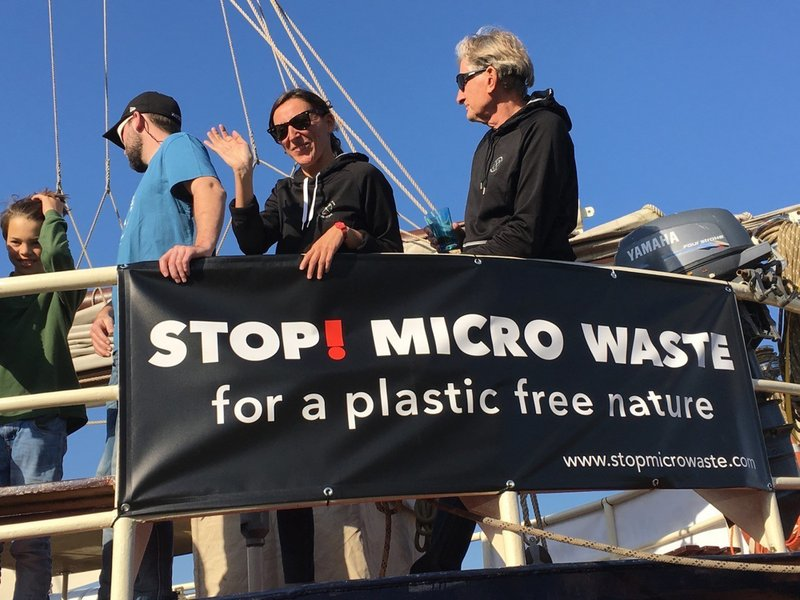 In this Oct. 15, 2017, photo provided by Alexander Nolte, Marta Delgado, center, and Joseph Dillard, right, participate in an event to raise awareness about microfiber pollution in the environment in Amsterdam, Netherlands. Innovators are coming up with new tools to prevent tiny pieces of threads from entering waterways after the laundry and reaching marine life. (Alexander Nolte via AP)

Guppyfriend, the laundry bag, is sold by clothing company Patagonia for $29.75. Cora Ball retails at $29.99 and is a multicolored ball designed to bounce around the washing machine, trapping microfibers in appendages that resemble coral. Lint LUV-R costs $140 or more and is a filter that attaches to a laundry water discharge hose.

While the U.S. Census has found more than 85 percent of U.S. households have a washing machine, the items are new to the market and not familiar to most consumers. About 50,000 households use the Guppyfriend bag, Nolte said, and it might be the best known of the bunch.

Exactly how much these nascent products can help reduce microfiber pollution is not yet known, experts say, and it's important to find out which products best succeed in reducing emissions of microfibers, Rochman said.

The inventor of the Cora Ball is the nonprofit environmental group Rozalia Project, headquartered in Granville, Vermont. Its co-founder says it had its product independently studied and found it can cut the amount of microfibers released through the wash by more than 25 percent. An independent review by a German research institute found that Guppyfriend caused textiles to shed 75 to 86 percent fewer fibers.

"This is a consumer solution for people to be part of by throwing it in their washing machine," said Rachael Miller, co-founder of Rozalia Project.

The products serve to bring attention to a form of pollution unknown to most people, said Kirsten Kapp, a biology professor at Central Wyoming College, who has studied microfiber pollution on the Snake River in the Pacific Northwest.

"We are learning more and more every day about the risk that microfibers and microplastics have in our aquatic habitats and wildlife species," Kapp said. "I think it's something people should be aware of."