Samsung's Lee Appears at Trial Ahead of Parole Release

Lee, 53, is the third-generation leader of the Samsung business group that was founded by his grandfather.

Kim Tong-Hyung
In this Nov. 22, 2019, file photo, Samsung Electronics Vice Chairman Lee Jae-yong gets out of a car at the Seoul High Court in Seoul, South Korea. A day ahead of his release on parole, billionaire Samsung scion Lee Jae-yong appeared in court Thursday, Aug. 12, 2021, for an ongoing trial over charges of financial crimes, a reminder of his looming legal risks even as he leaves prison.
AP Photo/Ahn Young-joon, File

SEOUL, South Korea (AP) — A day ahead of his release on parole, Samsung scion Lee Jae-yong appeared in a South Korean court Thursday for another trial over alleged financial crimes — a reminder of his looming legal risks even as he leaves prison.

The Justice Ministry earlier this week decided to free Lee and some 800 other prisoners on Friday, ahead of a holiday on Sunday celebrating Korea’s independence from Japanese colonial rule at the end of World War II.

Lee had a year left on a 30-month sentence for embezzling millions of dollars from corporate funds to bribe South Korea’s previous president, Park Geun-hye, to ensure government support for a 2015 merger between two Samsung affiliates that tightened his control over the corporate empire.

The case was part of a corruption scandal that eventually ousted Park, who was jailed in 2017 and won’t be released until 2039 if she fully serves her sentence.

Lee faced a separate indictment on stock price manipulation, auditing violations and other charges related to the 2015 merger. Lee’s lawyers say he is a victim of the abuse of presidential power and insist the 2015 deal was part of normal business activity.

He appeared in the Seoul Central District Court on Thursday with other former Samsung executives charged in the case. Lee replied “yes” when a judge asked to confirm whether he was being released from prison on Friday, according to pool reports.

Lee, 53, is the third-generation leader of the Samsung business group that was founded by his grandfather. He runs the conglomerate in his capacity as vice chairman of Samsung Electronics, one of the world's biggest makers of computer memory chips and smartphones.

The technology giant showed no obvious sign of trouble while Lee stayed in prison, relaying his business decisions through visiting company executives. It has reported robust profit during the coronavirus pandemic, seeing larger demands for its consumer electronics products and chips used in computing devices and servers as the virus forced millions to stay at home.

Lee's release will extend a long history of leniency for South Korean corporate bosses convicted of corruption and financial crimes.

President Moon Jae-in, after winning the presidential by-election in 2017, pledged to create a “world without privileges,” to curb the excesses of family-run conglomerates and to end the corrupt ties between the “chaebol” and the government.

Amid criticism from civic groups and progressive politicians, Moon’s office has distanced itself from Lee’s release, saying paroles are up to the Justice Ministry.

Business leaders and key members of Moon’s government had endorsed Lee’s early release, citing Samsung’s crucial presence in the national economy. They claimed that Lee’s absence from the boardroom could hamper Samsung’s speed and aggressiveness in investments and weaken its competitiveness in the global semiconductor market.

Recent polls have indicated South Korea’s public — years removed from the angry protests that filled the streets with millions of demonstrators in 2016 and 2017 — largely favors Lee’s release, showing Samsung’s deep influence in the country. 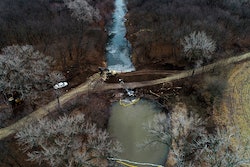