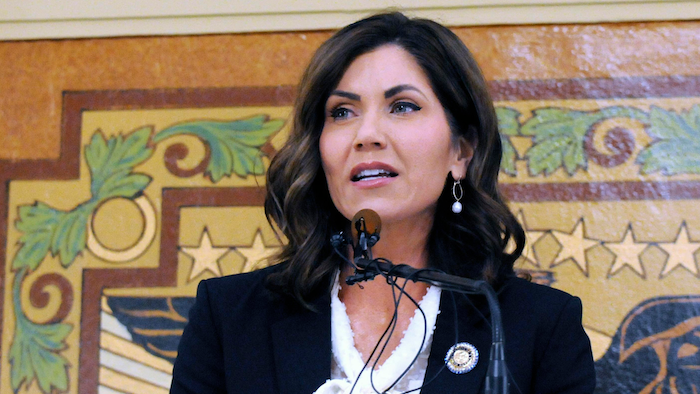 Noem had told lawmakers months before the session began that she would revive the so-called “riot-boosting” penalties.

A federal judge found parts of the state's riot laws unconstitutional last year, in part because they were targeted at opponents to the Keystone XL pipeline. The proposal drew demonstrations from Native American and environmental groups, but did not face any major opposition from Republican legislators.

Noem said the bill uses the “narrowest” definitions of rioting and inciting a riot and only goes after people who commit violence or cause damage. But opponents said the bill would have a “chilling effect” on peaceful protests and creates a false narrative that Native American people are violent.

The South Dakota Legislature passed a similar law last year aimed at demonstrations against the pipeline. At the time, Noem said it was necessary to have civil penalties for people or groups that fund violent demonstrations, calling the action “riot boosting.” But a federal judge last year found parts of that law, as well as several older laws on the books, to be unconstitutional.

Noem asked lawmakers to try again this year to update the state’s criminal and civil penalties for rioting, arguing they are necessary to “protect people and property.” Ahead of the Senate vote, she told reporters that the bill protects free speech and would be used against people who fund demonstrations “only if they’re involved in those protests.”

One of the reasons the judge found parts of a “riot boosting” law passed last year to be unconstitutional was because it was created in response to potential demonstrations against the Keystone XL pipeline. The governor’s office has said that this is not the case this year.

Several Indian tribes in the state opposed the bill, putting a strain on the governor’s relationship with the tribes.