More Companies Pledge to Give Workers Time to Vote

The idea isn’t entirely new, but this year, it's gaining steam. 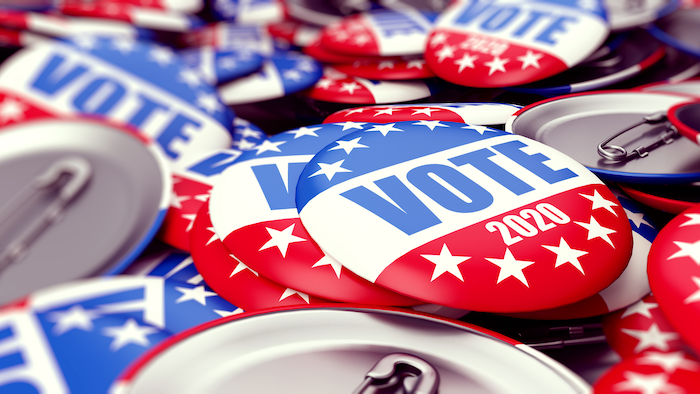 A growing number of U.S. companies are pledging to give workers time off to vote in the presidential election this November, an effort that’s gaining steam despite the government’s reluctance to make Election Day a federal holiday.

Starbucks said Thursday it will give its 200,000 U.S. employees flexibility on Election Day, encouraging them to plan ahead with managers and schedule time to vote or volunteer at polling places. The Starbucks app will also help customers learn how to register to vote, the company said.

Walmart says it will give its 1.5 million U.S. workers up to three hours paid time off to vote. Apple is giving workers four hours off. Coca-Cola, Twitter, Cisco and Uber are giving employees the day off.

“No American should have to choose between earning a paycheck and voting,” said PayPal President and CEO Dan Schulman.

The idea isn’t entirely new. General Motors, Ford and FiatChrysler have given employees the day off to vote since 1999, when they agreed to the change in a contract with the United Auto Workers union. Patagonia gave its workers the day off starting in 2016.

But this year, the idea is gaining steam. Six hundred companies, including Lyft, Airbnb and Paramount, have signed on to ElectionDay.org, which asks companies to give employees time off to vote or distribute information on voting, including how to obtain main-in ballots. It is not clear how many of those 600 are allowing time off versus distributing voting information.

ElectionDay.org — one of several groups asking companies to make voting pledges — is run by Vote.org, a nonpartisan group that tries to increase voter turnout.

“There is a groundswell of interest coming out for this,” said Nora Gilbert, director of partnerships for Vote.org.

Gilbert said this summer’s Black Lives Matter protests and general unease about social inequality may be part of the reason companies are taking a stand on voting.

“There’s a reckoning in general for the role that companies play in society,” she said. “This is a way to show they are getting their own house in order.”

In a letter to employees, Starbucks President and CEO Kevin Johnson said the company’s voting pledge is part of a larger effort to promote racial equality and opportunity in the communities it serves.

“Starbucks will not wait for change. We will make change of our own,” Johnson said.

About half of U.S. states require employers to give workers at least a few hours off to vote in elections, according to Workplace Fairness, a nonprofit that tracks employment issues.

Gilbert said advocates prefer a full-day holiday, since many voters face long lines at their polling places. Companies that don't offer a full day should make sure to share mail-in voting information and deadlines, she said. All states will mail an absentee ballot to voters who request one, according to the National Conference of State Legislatures.

“We really want companies to go further and acknowledge the unique difficulties of this moment,” she said. “Two hours may not be enough.”

Efforts to make Election Day a federal holiday, as it is in South Korea and Israel, or hold votes on weekends, as Germany and Australia do, have fallen short in the U.S., partly due to partisan bickering over who would benefit from the change.

Jonathan Entin, a professor emeritus of law and adjunct professor of political science at Case Western Reserve University, said weekend voting would be difficult in the U.S. because of its religious diversity. Opponents of a federal holiday also usually cite the disruption to the economy, he said.

“Why is it that the private sector should bear the cost of this public good?” he said.

Peter Paladjian, the CEO of Boston-based Intercontinental Real Estate Corp., said companies want to show that they are responsible and civic-minded.

Low U.S. turnout in elections has bothered Paladjian for years. In 2016, 56% of eligible voters cast a ballot in the presidential election, a far lower percentage than most developed countries, according to the Pew Research Center.

Paladjian told his 112 employees four months ago that they will get Election Day off. Then, he formed A Day for Democracy, which asks employers to give workers time off to vote and distribute voter registration information.

Harvard University, Wayfair, Bank of America and the Boston Red Sox are among the 185 companies that have signed up, he said. Only a handful of companies he contacted said no. Once this election is over, Paladjian plans to advocate for a federal election holiday.

Time to Vote, another corporate voting initiative, was formed ahead of the 2018 elections by Levi Strauss and Co., PayPal and Patagonia. A little over 400 companies participated last time; Time to Vote says 700 have joined so far this year.

Corporate voter drives say the pledge is important even as the coronavirus hastens the move toward mail-in voting. In 2016, 42% of ballots were cast before Election Day; this year, that will likely rise to 60%, said Michael Traugott, a research professor emeritus at the University of Michigan’s Center for Political Studies.

Gilbert said even if people vote early, they can still take time on Election Day to drive people to polls, work at polling stations or provide child care so someone else can vote in person.