The company said it resumed bat production with new health and safety protocols. 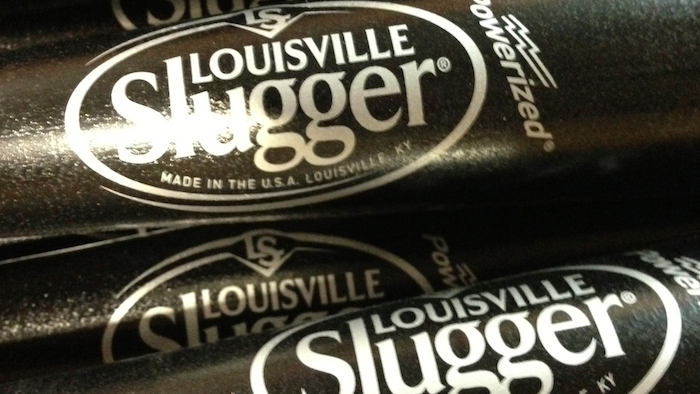 LOUISVILLE, Ky. (AP) — The manufacturer of Louisville Slugger bats says it put 171 furloughed employees back on the payroll after receiving a loan from a government program aimed at helping small businesses.

Hillerich & Bradsby Co. resumed production at its wood bat factory in Louisville on Monday as parts of Kentucky’s economy reopened after weeks of shutdowns because of the coronavirus outbreak. The bat factory had been idled for nearly two months amid the global pandemic.

The company did not disclose the amount of the loan it received under the Paycheck Protection Program. But it said the cash infusion was instrumental in restoring all 171 furloughed employees — or about 90% of its work force — to the payroll last week.

“Ending furloughs and putting everyone back on payroll was made possible when H&B received funds from the PPP program," Hillerich & Bradsby spokesman Rick Redman said in a statement Tuesday.

Many of the furloughed employees have returned to work, including several dozen who work in the factory, Redman said. Others are being phased back into various operations, he said. Thirty-eight timber division employees in Pennsylvania also returned to work Monday, according to Redman.

The company said it resumed bat production at the Louisville plant with new health and safety protocols that include twice-daily temperature checks and masks for its employees and social distancing standards at work stations and in the break room.

Bat production resumed the same day that Major League Baseball owners approved making a proposal to the players’ union that could lead to the coronavirus-delayed season starting around the Fourth of July weekend in ballparks without fans. An agreement with the players’ association is needed.

H&B, a family-owned business, is the wood bat manufacturing partner for Wilson Sporting Goods, which purchased the famed Louisville Slugger brand from H&B in 2015.