Awarding credits for out-of-state workers is contrary to both state law and the contract with Foxconn, the audit said. 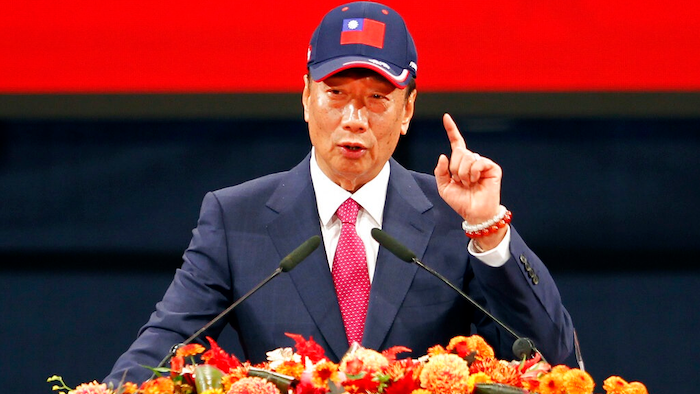 MADISON, Wis. (AP) — Wisconsin's economic development agency needs to modify its procedures to ensure that tax credits aren't awarded for Foxconn Technology Group employees who don't perform work in the state, which would violate state law and the contract with the company, an audit released Tuesday said.

It is the second year in a row that the nonpartisan Legislative Audit Bureau has raised the concern. Foxconn, the world's largest electronics manufacturer, is building a display screen manufacturing plant in southeastern Wisconsin. It has yet to qualify for any tax credits related to job creation under the nearly $3 billion deal struck with the state in 2017.

The audit raises even more questions about if and when Foxconn might qualify for any of the incentives that were a part of the deal. President Donald Trump, who attended the groundbreaking ceremony, hailed the Foxconn project as the “eighth wonder of the world" and a sign of a revitalized American manufacturing economy.

But Foxconn's plans in Wisconsin have shifted, especially after the defeat of then-Republican Gov. Scott Walker, who negotiated the deal and was a champion of the project. Gov. Tony Evers, a Democrat, has said Foxconn will receive no tax incentives until it modifies its deal with the state.

Evers ran against Walker as a critic of Foxconn. He has been pushing Foxconn to renegotiate its deal to reflect the scaled-down version of the plant. Foxconn originally proposed building a massive plant in Mount Pleasant that would eventually employ 13,000 people, but it decided this year to downsize the factory to make smaller thin-film transistor liquid crystal display screens for cellphones and other devices.

The Evers administration told Foxconn officials in November that the company would not qualify for any tax credits until its deal with Wisconsin is modified. Foxconn officials accused Evers of impeding progress on the project by demanding a renegotiation, based on documents first reported on last week by The Verge.

Under the current deal, Foxconn must employ a certain number of workers to receive a portion of its $2.8 billion tax incentives. Foxconn hired 113 qualified employees in 2018, which was far short of the 260 minimum number of jobs to qualify for tax credits that year. It needs to hire at least 520 people in 2019 to qualify for up to $221 million in credits. Foxconn has until April to report its job totals.

Awarding credits for out-of-state workers is contrary to both state law and the contract with Foxconn, the audit said.

WEDC reported to state lawmakers in January that it had complied with last year's audit and made changes to its procedures related to which employees would be counted. But the new audit said WEDC would still wrongly allow for credits to be awarded for workers not in Wisconsin. The audit said WEDC should modify its written procedures to be in compliance with the law.

In response to the audit, WEDC Secretary Melissa Hughes said that no out-of-state jobs were counted in 2018. She said WEDC would updates its procedures to make clear that they are not to be counted.

Hughes was Evers' pick to lead the state economic development agency. She took over as leader in October, replacing Mark Hogan, who negotiated the Foxconn deal and was in charge during the previous audit.

In a statement, Foxconn said it was proud to have hired hundreds of workers in Wisconsin this year and will comply with reporting requirements.

A recent poll revealed "a surprising amount of openness to the idea of mandates for vaccines."
Dec 22nd, 2020
Follow Us
Most Recent