With Employers Eager to Fill Jobs, Hiring Could Stay Strong

Against the backdrop of next week's midterm elections, the U.S. job market is the healthiest it's been in at least two decades. 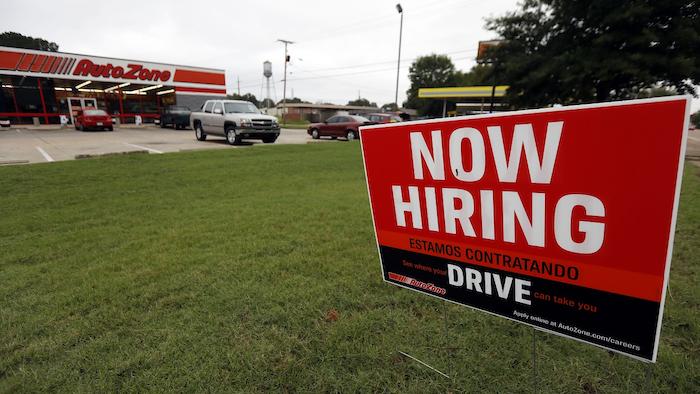 Against the backdrop of next week's midterm elections, the U.S. job market is the healthiest it's been in at least two decades. And with another strong hiring report expected Friday, some barometers of the job market suggest that it has room to strengthen further.

Businesses, hungry for workers, are advertising a record number of openings. Companies in October added the most jobs in eight months, a private survey found. Pay has been picking up.

In the past year or so, as unemployment has dwindled to a now-49-year low, economists had been predicting that hiring would slow as the pool of jobless workers shrank. Yet so far that hasn't happened. In fact, job growth has actually accelerated this year from 2017.

And though some industries have complained of a lack of qualified applicants, other signs point to a pool of readily available workers, including the number of part-time workers who would prefer full-time jobs.

"It doesn't seem to me that we're anywhere near the point where, oh my God, we can't find people," said Joseph LaVorgna, chief economist for the Americas at Natixis, an asset management company.

Economists have forecast that the October jobs report being released Friday — the final snapshot of the labor market before Election Day — will show that a solid 190,000 jobs were added and that unemployment was unchanged. Polls have suggested that while Americans generally approve of the economy's performance, that sentiment hasn't necessarily broadened voter support for President Donald Trump or Republican congressional candidates.

At some point, job growth will moderate and likely even reverse itself, particularly if the economy — now in its 10th year of expansion, the second-longest such stretch on record — tips into recession. LaVorgna thinks the cause will most likely be the Federal Reserve's ongoing interest rate hikes, which could squelch growth by making borrowing increasingly expensive for businesses and households. Or the Trump administration's trade wars could weaken the economy enough to depress hiring.

Contrary to the concerns of some analysts, LaVorgna doesn't envision an economy-wide shortage of available hires anytime soon.

"There is no evidence that the economy ever runs out of workers during an economic expansion," he said.

More employers are stepping up their pay increases in order to attract and retain workers. Retailers like Amazon, Walmart and Target have been steadily raising their entry-level wages, with Amazon paying $15 an hour starting on Thursday.

A pickup in average pay suggests that companies have to work harder to fill their open positions. Higher pay can also draw people who aren't working and hadn't been seeking a job to begin looking.

Americans who are neither working nor looking for work aren't counted as unemployed. For some of them, the costs of child care and commuting to a job can outweigh the financial benefit of a job. Yet as pay rises, that calculation can change in favor of seeking work.

Salaries for private-sector workers rose 3.1 percent in the July-September quarter compared with a year ago, the government said Wednesday. That was the strongest increase in a decade.

Still, by most measures, average wage increases remain below the levels they reached the last time unemployment was this low. That may indicate that employers aren't quite panicking about finding enough people to hire.

One reason may be there are some ways in which employers can find workers without offering larger raises. Research by economists at the job listing site Indeed has found that that the proportion of Americans working part time who would prefer full-time jobs remains elevated. About 2.9 percent of all workers are in that category, compared with 2.6 percent before the recession and 2.2 percent in 2000, when the unemployment rate was nearly as low as it is now.

"I do think the job market has room to improve," Gimbel said.

The proportion of Americans in their prime working years — 25 through 54 — who have jobs remains below its pre-recession level, though it's risen since 2013. If more people in this group began looking for work, employers could keep hiring despite the low unemployment rate. Such a trend would help offset the steady retirement of the baby boom generation.

In the meantime, some economists have forecast that strong hiring will continue to shrink the unemployment rate, potentially to levels not seen since the Korean War in the 1950s. Goldman Sachs forecasts that the jobless rate could decline to 3 percent by the end of 2020. Federal Reserve policymakers foresee a smaller drop by then to 3.5 percent.

Mark Zandi, chief economist at Moody's Analytics, said that the monthly pace of hiring will ultimately have to drop by as much as half as the ranks of the unemployed fall further.

"This rate of job growth is not sustainable," he said.

But, Zandi acknowledges that the strength of U.S. hiring has endured longer than he had expected.

"I am surprised that we have been able to maintain this rate of job growth up until this point," he said. "I don't know when, but it will slow." 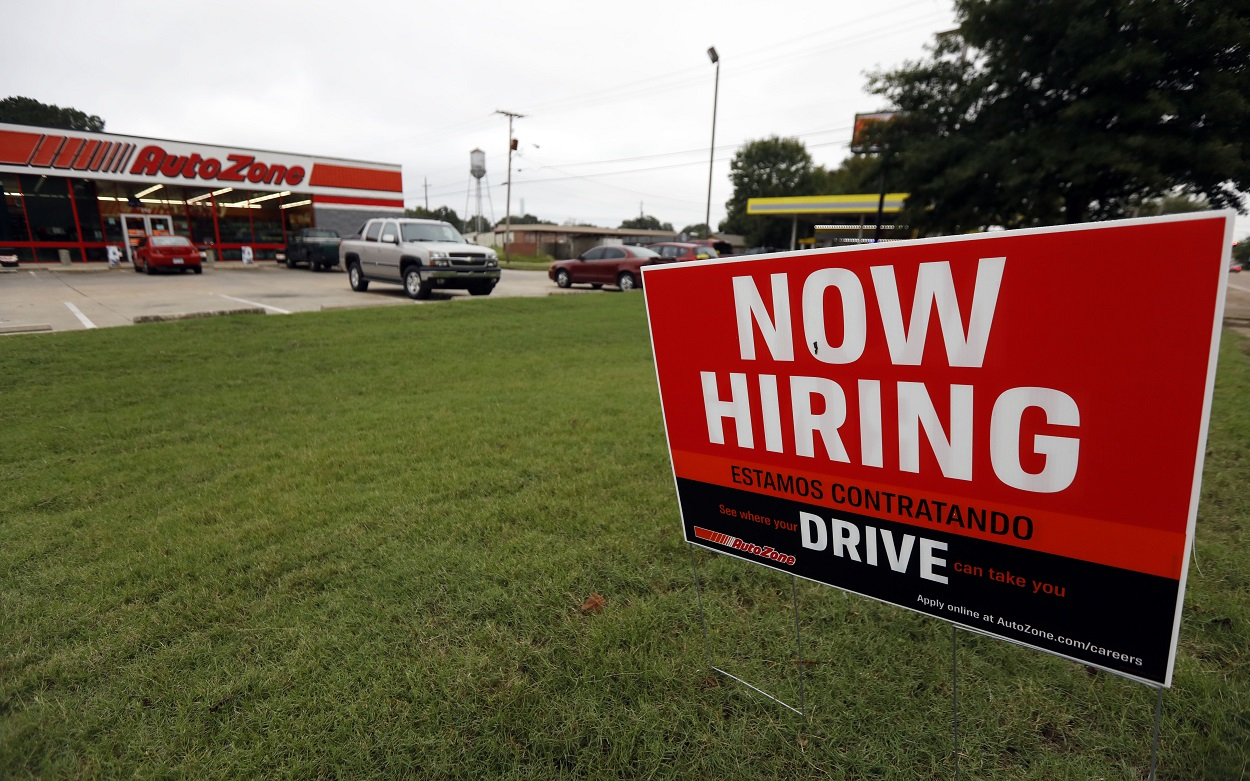