Joe Hinrichs, Ford's president of the Americas, said the company plans to hire 5,000 workers in the U.S. — including 3,300 white-collar staff like engineers — and 6,000 workers in Asia. Many of those hires will work at two new plants that are opening in China. 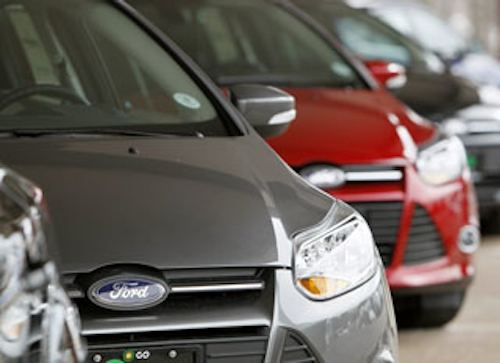 DEARBORN, Michigan (AP) -- Ford Motor Co. says it will hire more than 11,000 people in the U.S. and Asia next year to support an aggressive rollout of new vehicles.

Joe Hinrichs, Ford's president of the Americas, said the company plans to hire 5,000 workers in the U.S. — including 3,300 white-collar staff like engineers — and 6,000 workers in Asia. Many of those hires will work at two new plants that are opening in China.

This will be the most people Ford has hired in one year since 2000, the company said.

Hinrichs said 2014 will be the busiest product year in Ford's 111-year history, with 23 new vehicles being introduced around the world. Of those, 16 will be sold in the U.S., including a new Mustang sports car, Transit Connect van and Lincoln MKC small utility.

Ford has had some quality problems with vehicles launched in the last two years. The new Lincoln MKZ sedan was delayed in the spring to fix some quality issues, and Ford recently recalled its Escape SUV for the seventh time, this time to fix oil and fuel leaks.

Hinrichs said Ford has spent the last year improving its processes so those issues won't mar vehicle launches in 2014.

Hinrichs made the announcement at an event to introduce a new Ford research vehicle that's testing driverless technology. The car — a souped-up Fusion hybrid sedan — has four sensors, developed by the University of Michigan, that can track moving objects by the light reflected from them. It uses that data to make three-dimensional maps and tell the car if an object is in the way.

Raj Nair, head of global product development for Ford, said the car is unique because it integrates the sensor data with advanced features that are already offered today, including a collision warning system and blind-spot detection. Some other driverless cars being tested don't have those features, he said.