The U.S. economy expanded at a 2.8 percent annual rate from July through September, a surprising acceleration ahead of the 16-day partial government shutdown. But much of the strength came from a buildup in unwanted stockpiles. 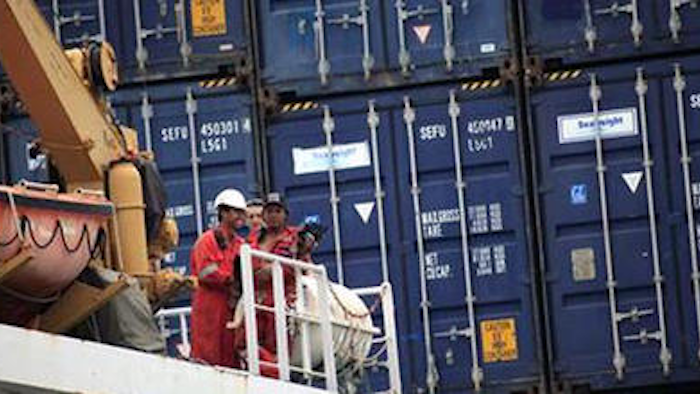 WASHINGTON (AP) -- The U.S. economy expanded at a 2.8 percent annual rate from July through September, a surprising acceleration ahead of the 16-day partial government shutdown. But much of the strength came from a buildup in unwanted stockpiles.

Home construction also rose and state and local governments spent at the fastest pace in four years. But businesses spent less on equipment, federal spending fell and consumers spent at a slower pace. All are troubling signs for the final three months of the year.

Overall, growth increased in the third quarter from a 2.5 percent annual rate in the April-June period to the fastest pace in a year, the Commerce Department said Thursday.

The third-quarter growth was nearly a full percentage point stronger than most economists had predicted. But analysts noted that much of the unforeseen strength came from a buildup in inventories. That suggests companies overestimated consumer demand.

Restocking contributed 0.8 percentage point to growth, double the amount from inventory building in the second quarter.

"The large inventory build was likely unintentional," said Sal Guatieri, an economist at BMO Capital Markets. He predicts that companies will cut back on restocking in the October-December quarter, which along with the impact from the shutdown will slow growth to a rate below 2 percent.

Consumers stepped up spending on goods in the third quarter. But overall spending weakened to a 1.5 percent annual rate, down from the second quarter's 1.8 percent pace. That's because spending on services was essentially flat, partly because of a cooler summer that lowered utility spending.

Spending by consumers is critical to growth because it drives roughly 70 percent of economic activity. Higher taxes this year and slow wage growth have weighed on consumers' wallets since the start of the year.

Exports rose at a 4.5 percent rate in the third quarter, helped by stronger economies overseas.

Still, businesses cut back sharply on investment in equipment by the most in a year.

Many analysts say the shutdown could cut more than half a percentage point from growth in the October-December quarter. The shutdown cost the U.S. economy $24 billion, according to Beth Ann Bovino, an economist at Standard & Poor's.