Pentagon Research Aims To Link Electronics To The Human Brain

Earlier this year, Defense Department researchers announced plans to develop a small chip that could be implanted in the brain to potentially alleviate injured veterans' hearing or vision loss. 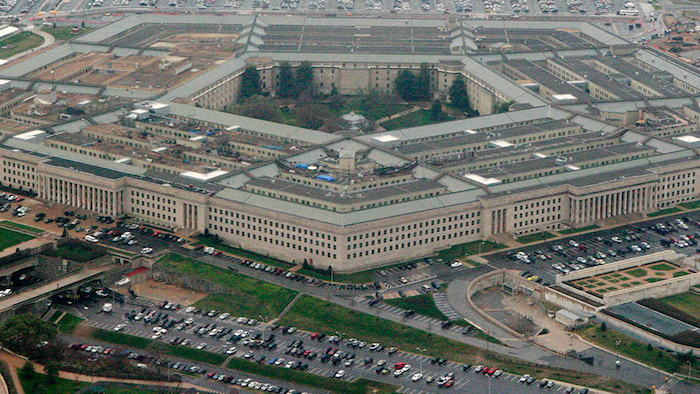 Earlier this year, Defense Department researchers announced plans to develop a small chip that could be implanted in the brain to potentially alleviate injured veterans' hearing or vision loss.

But CNN reports that the technology could one day also serve the military in combat — including by turning soldiers into cyborgs.

The Defense Advanced Research Projects Agency, which invests in cutting-edge national security research, in January said that it would spend up to $60 million over four years to fund the Neural Engineering System Design program.

The system would utilize a chip — which would be no larger than one cubic centimeter in size — that converts signals sent by neurons in the brain into language that can be interpreted by computers.

Researchers said that the technology could dramatically advance neuroscience and help develop new therapies, including allowing the brain to receive digital higher-quality auditory or visual information.

“Imagine what will become possible when we upgrade our tools to really open the channel between the human brain and modern electronics," said Phillip Alvelda, who manages the NESD program.

One expert, meanwhile, believes that the chip could one day also allow soldiers to utilize wearable robotics in the field.

Another Harvard professor, however, predicted to CNN that although the technology could hold promise for patients with serious brain-related diseases, the implant could also pose a host of problems.

In addition to triggering inflammation and potential brain damage, psychologist Steven Pinker warned that scientists "have little to no idea how exactly the brain codes complex information."