Caterpillar reached a tentative six-year deal with the union representing almost 800 striking workers at an Illinois plant that makes components for trucks, tractors, and other machines, the company and union said. 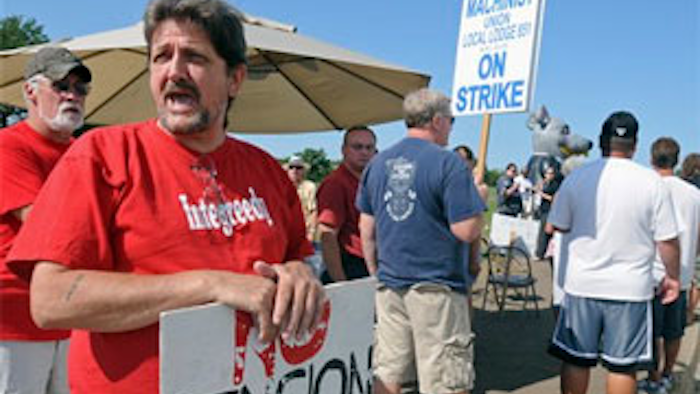 JOLIET, Ill. (AP) — Caterpillar Inc. has reached a tentative six-year deal with the union representing almost 800 striking workers at an Illinois plant that makes components for trucks, tractors and other machines, the company and union said Wednesday.

Peoria-based Caterpillar said in a statement that the deal with workers in Joliet still must be ratified by members of the International Association of Machinists and Aerospace Workers. A ratification vote is scheduled for Friday and needs a simple majority for approval.

"The proposed six-year contract contains a number of improvements over previous offers," said Steve Jones, the union's District 8 Business Representative. "While it does not address every issue for every member, it deserves to be brought to the membership for a vote."

The union represents 780 plant workers who have been on strike since early May seeking better wages and health care benefits. The heavy equipment-maker said company officials and union representatives have agreed not to discuss details of the proposal.

The union said in a statement that the deal was reached late Tuesday with assistance from a federal mediator.

Local 851 of the union is demanding cost-of-living pay increases and lower health care premiums, and is asking the company to honor seniority rights. Until Tuesday, there had been no progress in the negotiations since late June.

Last week, Illinois Gov. Pat Quinn offered his support and a $10,000 donation to a food fund for the striking workers. The money came from the governor's re-election campaign funds.

Caterpillar, a Fortune 500 company, is the world's largest maker of construction and mining equipment and has factories worldwide. It's also Peoria's largest employer, with about 3,200 jobs in the downtown headquarters and nearby offices.

We're seeing more sneakers and elastic pants.
May 2nd, 2022
Follow Us
Most Recent