U.S. businesses added 178,000 jobs in May, according to a survey, a solid total but below the average monthly gains accumulated over the winter. 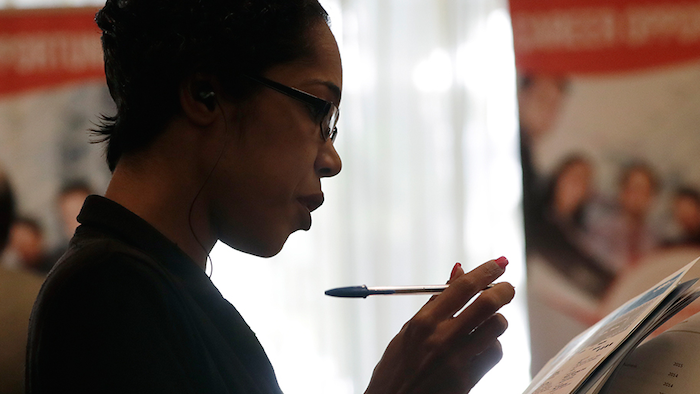 WASHINGTON — U.S. businesses added 178,000 jobs in May, according to a survey, a solid total but below the average monthly gains accumulated over the winter.

The figures suggest companies continue to hire at a healthy pace but may be pulling back as the number of people who can't find jobs dwindles, making it harder to find new employees. From November through March, monthly job gains averaged well over 200,000.

The report arrives two days before the government releases the official monthly employment figures. Economists forecast that Friday's jobs report will show employers added 190,000 jobs, according to a survey by data provider FactSet.

ADP compiles hiring data from millions of companies that are clients of its payroll services. Its figures frequently diverge from the government's report. For example, last month ADP said 204,000 jobs were added in April, but the Labor Department's report said the total was 164,000.

The solid increase in hiring by large firms, which typically do business globally, suggests that the ongoing trade disputes between the United States and China, Mexico and Canada have yet to impact hiring.