Some workers at a Vermont manufacturer have walked off the job after negotiations for a new contract broke down. 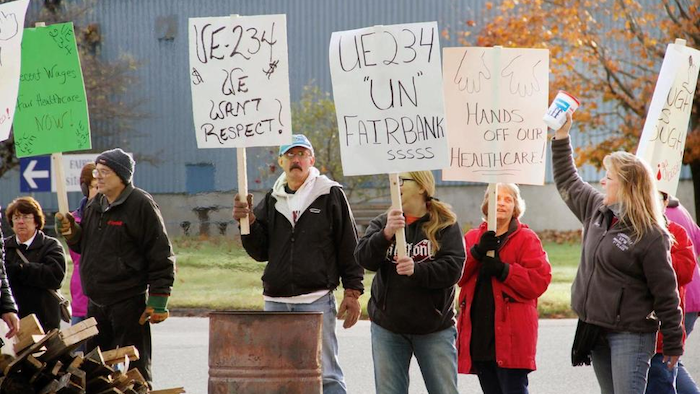 ST. JOHNSBURY, VT — Some workers at a Vermont manufacturer have walked off the job after negotiations for a new contract broke down.

Members of U.E. Local 234, who work at the Fairbanks Scales facility in St. Johnsbury, voted to go on strike Monday and walked out Tuesday. The Caledonian Record reports the local union members comprise a little over half of the facility's 110-member workforce.

Fairbanks officials say they "presented fair and reasonable terms during negotiations," and the company hopes contract issues can be quickly resolved.