The last cold cuts are rolling off the line at the Oscar Mayer facility in Madison, ending nearly 100 years of production at the Wisconsin plant.

MADISON, WI — The last cold cuts are rolling off the line at the Oscar Mayer facility in Madison, ending nearly 100 years of production at the Wisconsin plant.

The factory was set to close Thursday, the Wisconsin State Journal reported. The 72-acre plant was one of seven locations slated for closure when Oscar Mayer's newly merged parent company, Kraft Heinz, announced restructuring in November 2015.

"It's a sad day for Oscar Mayer. It's family and friends," employee Mike Carlin said. 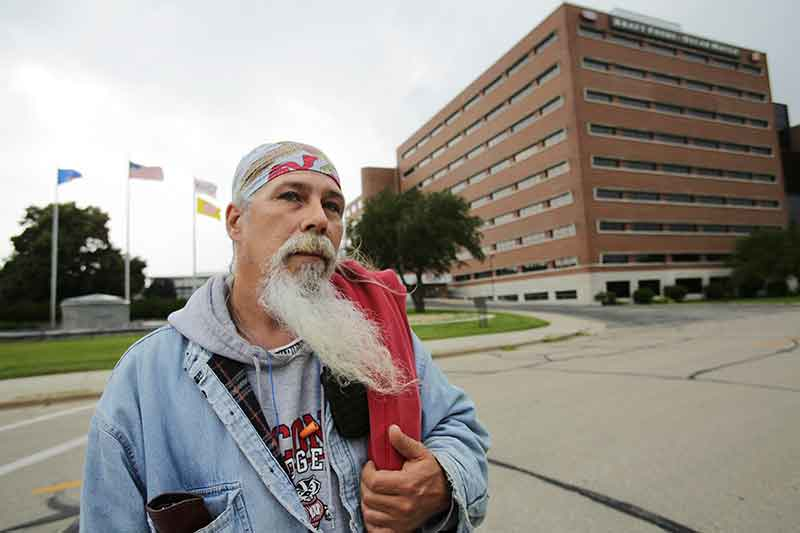 In this Wednesday, June 28, 2017 photo, Mike Carlin, who has worked at the Oscar Mayer plant for 23 years, talks about the plant closure after finishing up his shift at the Kraft Oscar Mayer headquarters and plant in Madison, Wis. The last cold cuts are rolling off the line at Oscar Mayer in Madison, ending nearly 100 years of production at the plant on Thursday. (Amber Arnold/Wisconsin State Journal via AP)

The Madison facility has been the company's headquarters since 1957. New products also were developed at the location.

Debbie McDougal celebrated 29 years with the company on Tuesday.

"I was going to school when I (started) here. You buy a car, get a paycheck — the next thing you know, you're a lifer," she said.

About 30 employees will remain at the facility until the end of July, cleaning the plant and dismantling equipment, said Doug Leikness, president of the United Food and Commercial Workers Union, which is representing the plant workers.

A small number of Madison employees will transfer to the company's location in Davenport, Iowa, where a new plant is being built.

Carlin has decided not to relocate.

"I have a house here, I have a life here," he said. "It's another day. I've just gotta go on and find something else."

The City Council has created the Oscar Mayer Strategic Assessment Committee to work with a consultant to create a plan for redeveloping the site.

Reich Brothers Holdings, a company with nationwide experience disposing of the assets of closed factories, is considering the property but no decision has been made yet, said Reich Brothers co-CEO Adam Reich.

A potential buyer is also considering the facility.

"For now, the process remains ongoing and nothing is final," Kraft Heinz spokesman Michael Mullen said.