Vermont Sen. Bernie Sanders stood with thousands at a pro-union rally near Nissan Motor Co.'s plant in Canton, Mississippi, congratulating workers for their courage "in standing up for justice."

Vermont Sen. Bernie Sanders stood with thousands at a pro-union rally near Nissan Motor Co.'s plant in Canton, Mississippi, congratulating workers for their courage "in standing up for justice."

"It's our job to tell corporate America that they cannot have it all," Sanders told the crowd. "Start treating the working people of this country with respect and dignity!" 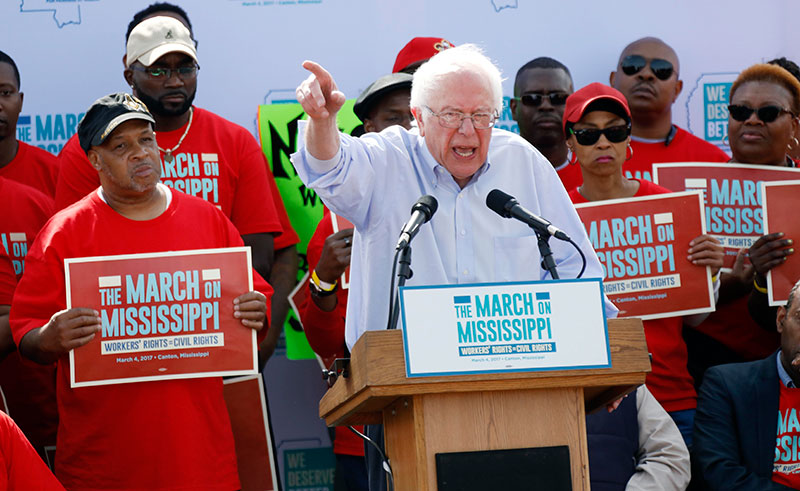 The UAW has long struggled to unionize foreign-owned auto plants across the South. It lost two votes at Nissan's plant in Smyrna, Tennessee, and no vote has been held in Canton. Mississippi's political and business establishment is generally hostile to unions, and Gov. Phil Bryant's opposition is clear.

But Glover told the crowd that as Rev. Dr. Martin Luther King Jr. said, the best "anti-poverty program he knew was a union."

"When we have solidarity, we can go to the collective bargaining table and talk about health care and safety and wages. When we join together, it empowers folk to get things done," Williams added. 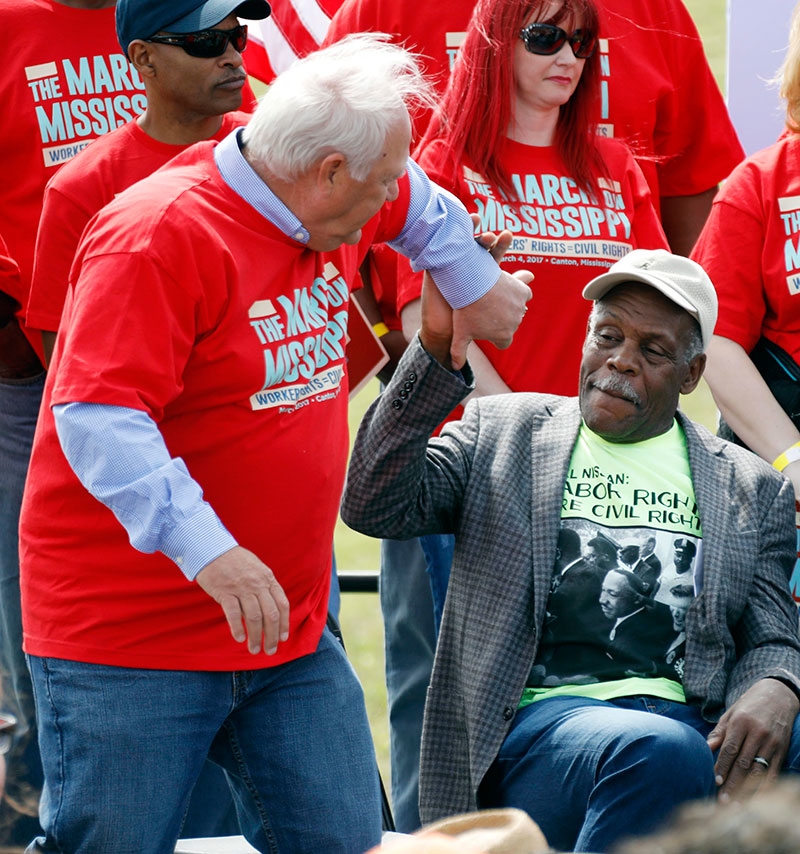 After the rally, the crowd marched about two miles to the plant, where Nissan's Altima, Frontier, Murano, and Titan vehicles are assembled. They delivered a letter demanding that Nissan "cease intimidation and threats" against pro-union workers, discuss a neutrality agreement to ensure employees can vote on a union "in a free and fair election," and improve training and safety.

The protest was organized by the Mississippi Alliance for Fairness at Nissan, a coalition of civil rights leaders, ministers and worker advocates that has been supporting the unionizing drive.

"It's empowering to see so many leaders, both here and abroad, offering their support to us as we speak out against Nissan's attacks on our civil rights at the plant," said Nissan employee Morris Mock, who works on the paint line.

"I have two daughters, and I want them to grow up in a community where they will have a real shot at a good future and a decent living. That's why I'm going to keep fighting for good jobs at Nissan's plant, no matter what it takes," Mock said.

A handful of people held a counter protest, with no problems reported, organizers for the event said.