Southwest Airlines Co. is suing a major union and its leaders, charging that they did nothing to stop mechanics from boycotting overtime assignments. 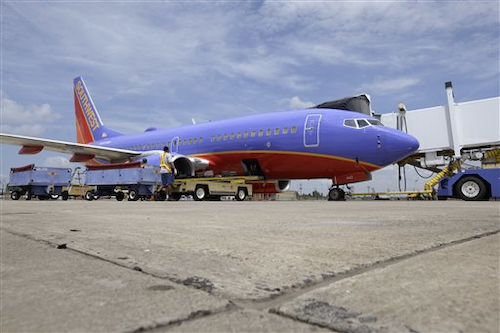 DALLAS — Southwest Airlines Co. is suing a major union and its leaders, charging that they did nothing to stop mechanics from boycotting overtime assignments.

Dallas-based Southwest, the nation's fourth-biggest airline, says it relies on mechanics working consistent overtime hours to keep up with maintenance work, and that a boycott has driven up costs by forcing it to bring in outside workers.

The lawsuit comes as the airline and the union remain locked in contract negotiations that have dragged on for more than four years despite the help of a federal labor mediator.

Southwest said in a lawsuit filed Wednesday in Dallas that the Aircraft Mechanics Fraternal Association and eight union officers failed to prevent workers from banding together to decline overtime work this month. The company said there was a 75 percent drop in union workers signing up for overtime shifts last weekend.

Bret Oestreich, the union's national director and a defendant in the lawsuit, said the company's claims were false and the union tried to prevent any overtime boycott.

Oestreich said Southwest and the union resolved similar complaints twice last year without going to court. He said that Southwest filed the lawsuit to pressure the union to accept additional outsourcing of major maintenance-overhaul work, some of which the union says is already done in El Salvador.

The union represents about 2,400 Southwest mechanics.

Southwest said the overtime boycott forced the company to use outside workers. A spokeswoman for the airline said the situation has not caused any flights to be delayed or canceled, however.