Union Agrees To Concessions Ahead Of Bidding For Coast Guard Contract

The contract, which would facilitate construction of 25 cutter ships, could be worth up to $10 billion over 20 years for the winner. 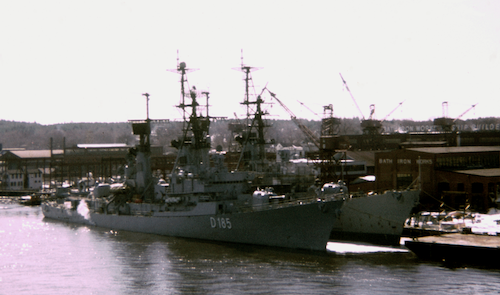 A Maine shipbuilder successfully secured concessions from its workers over the weekend as it bids for an upcoming military contract.

Bath entered negotiations long before the current contract expired in May in hopes of making the company more efficient as it bids for a contract with the U.S. Coast Guard.

The contract, which would facilitate construction of 25 cutter ships, could be worth up to $10 billion over 20 years for the winner.

Bath warned workers that losing the contract, however, could result in 1,200 layoffs. About 6,000 people work at the facility overall.

The new agreement includes annual bonuses and modest pension increases, but wages would remain steady and health insurance deductibles and co-pays would increase. Standards regarding work rules and subcontractors were also tweaked.

"We've done our part," Wadleigh told the AP. "Now they need to step up and do theirs so we can be competitive and win these contracts."

Bids for the Coast Guard contract are due in March.