American businesses added 177,000 workers in June, a sign of health and resilience for the U.S. labor market and economy, according to a private survey. 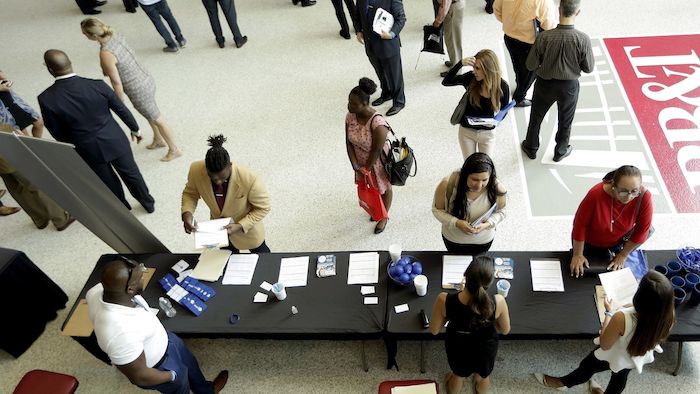 American businesses added 177,000 workers in June, a sign of health and resilience for the U.S. labor market and economy, according to a private survey.

Payroll processor ADP said Thursday that hiring was led by employers with more than 50 workers, accounting for 84 percent of the job growth. The education and health sector led the gains by adding 46,000 workers. Leisure and hospitality added 33,000 jobs, as did professional and business services.

The job growth of the past several years reflects an economic expansion that is now entering its tenth year. But the hiring gains are now creating a challenge for employers to find capable workers, said Mark Zandi, chief economist at Moody's Analytics, which helps put together the report.

"Business' number one problem is finding qualified workers," Zandi said. "At the current pace of job growth, if sustained, this problem is set to get much worse."

Employers could address this shortage by raising wages, but significant pay growth has yet to take hold. Average hourly wages have been flat for the past year after adjusting for inflation, according to the Labor Department.

The ADP figures come one day before the government releases its monthly employment report. Economists have forecast that Friday's official report will show solid job growth of 195,000. The unemployment rate is expected to hold at 3.8 percent.

ADP compiles hiring data from millions of companies that are clients of its payroll services. Its figures frequently diverge from the government's report. Last month, the government said private employers added 218,000 jobs, which was higher than ADP's revised figure of 189,000.

State-run unemployment offices became lucrative targets as millions lost their jobs during the pandemic.
Feb 5th, 2021
Follow Us
Most Recent