Ford Workers, Others, On Strike In German Wage Dispute

Thousands of workers have walked off the job at a Ford plant in Germany and other factories as the country's largest industrial union pressed ahead with a campaign of 24-hour strikes to pressure employers for higher wages. 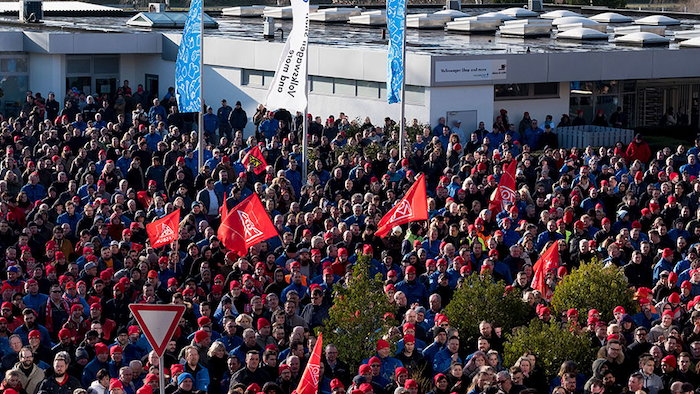 BERLIN (AP) — Thousands of workers have walked off the job at a Ford plant in Germany and other factories as the country's largest industrial union pressed ahead with a campaign of 24-hour strikes to pressure employers for higher wages.

The walkouts started with Tuesday's night shift after talks broke down over the weekend. Further strikes are planned Friday at BMW, Audi, Daimler and Porsche.

The union is seeking a 6-percent pay increase for some 3.9 million workers and the right to reduce work weeks to 28 hours for up to two years, with a guarantee that workers can return to regular hours.

The measure would prohibit subcontracting or outsourcing by private companies except with government authorization.
Nov 13th, 2020
Follow Us
Most Recent