US Job Openings Slip In October, But Hiring Increased

Manufacturers, retailers, wholesalers and the information sector advertised fewer jobs — an indicator of their possible intentions in the coming months. 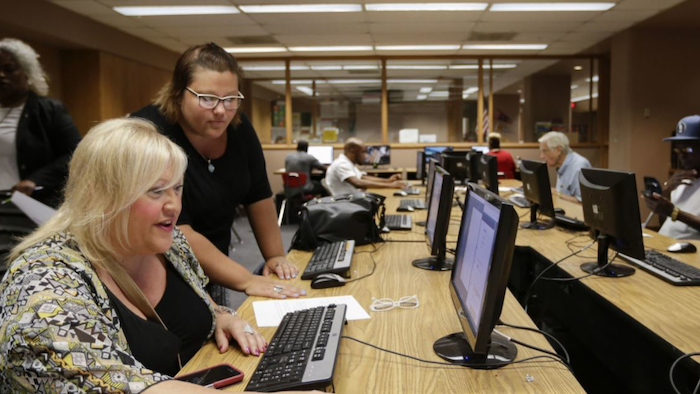 U.S. employers posted slightly fewer job openings in October than the previous month, but the number of people being hired improved.

The Labor Department said Monday that nearly 6 million jobs were available at the end of October, down from 6.18 million in September. Manufacturers, retailers, wholesalers and the information sector advertised fewer jobs — an indicator of their possible intentions in the coming months.

"The leveling off of openings in recent months suggest a more moderate pace of hiring ahead," said Sarah House, an economist with the bank Wells Fargo.

But total hires rose 4.4 percent to 5.55 million. This indicates that even if employers are seeking fewer workers that they're still looking to add staff. It also indicates that employers shook off a slowdown caused by hurricanes earlier this year. Leading sources of increased hiring came from restaurants and hotels, the health care sector, manufacturers and financial services.

This means that manufacturers, for example, added workers in October but they are now seeking fewer workers in the future.

For every job opening, there is now the equivalent of 1.1 unemployed jobseekers, the lowest ratio on record for data that go back to 2001.

The government said last week that employers added a net total of 244,000 jobs in October and 228,000 in November. The unemployment rate stayed at 4.1 percent.

Despite the healthy job market, many people are staying in their jobs rather than departing for new ones. Departures are usually a sign that people are confident they can find new jobs that pay higher wages. The number of quits held steady for a second straight month at 3.18 million. Meanwhile, average hourly earnings have risen just 2.5 percent over the past 12 months, a relatively lackluster figure given the low unemployment rate.