Will Your Job Be Automated? 70 Percent Of Americans Say No

Most Americans believe their jobs are safe from the spread of automation and robotics, at least during their lifetimes. 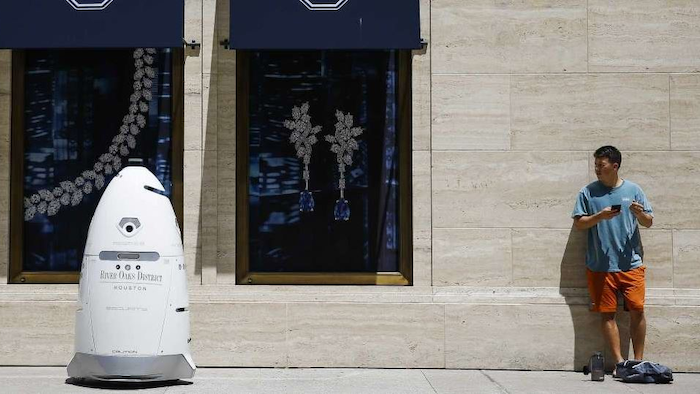 Most Americans believe their jobs are safe from the spread of automation and robotics, at least during their lifetimes, and only a handful says automation has cost them a job or loss of income.

Still, a survey by the Pew Research Center also found widespread anxiety about the general impact of technological change. Three-quarters of Americans say it is at least "somewhat realistic" that robots and computers will eventually perform most of the jobs currently done by people. Roughly the same proportion worry that such an outcome will have negative consequences, such as worsening inequality.

"The public expects a number of different jobs and occupations to be replaced by technology in the coming decades, but few think their own job is heading in that direction," Aaron Smith, associate director at the Pew Research Center, said.

More than half of respondents expect that fast food workers, insurance claims processors and legal clerks will be mostly replaced by robots and computers during their lifetimes. Nearly two-thirds think that most retailers will be fully automated in 20 years, with little or no human interaction between customers and employers.

Americans' relative optimism about their own jobs might be the more accurate assessment. Many recent expert analyses are finding less dramatic impacts from automation than studies from several years ago that suggested up to half of jobs could be automated.

A report last week, issued by the education company Pearson, Oxford University, and the Nesta Foundation found that just one in five workers are in occupations that will shrink by 2030.

Many analysts increasingly focus on the impact of automation on specific tasks, rather than entire jobs. A report in January from the consulting firm McKinsey concluded that less than 5 percent of occupations were likely to be entirely automated. But it also found that in 60 percent of occupations, workers could see roughly one-third of their tasks automated.

That suggests workers will need to continually upgrade their skills as existing jobs evolve with new technologies.

Just 6 percent of the respondents to the Pew survey said that they themselves have either lost a job or seen their hours or incomes cut because of automation. Perhaps not surprisingly, they have a much more negative view of technology's impact on work. Nearly half of those respondents say that technology has actually made it harder for them to advance in their careers.

Contrary to the stereotype of older workers unable to keep up with new technology, younger workers — aged 18 through 24 — were the most likely to say that automation had cost them a job or income. Eleven percent of workers in that group said automation had cut their pay or work hours. That's double the proportion of workers aged 50 through 64 who said the same.

The Pew survey also found widespread skepticism about the benefits of many emerging technologies, with most Americans saying they would not ride in a driverless car. A majority are also not interested in using a robotic caregiver for elderly relatives.

More than 80 percent support the idea of requiring self-driving cars to stay in specific lanes.

The survey was conducted in May and had 4,135 respondents, Pew said.