Tesla Denies Claims That It Tried To Block Unionizing Effort

The automaker denied claims that it threatened to fire pro-union workers and tried to prevent them from passing out union literature. 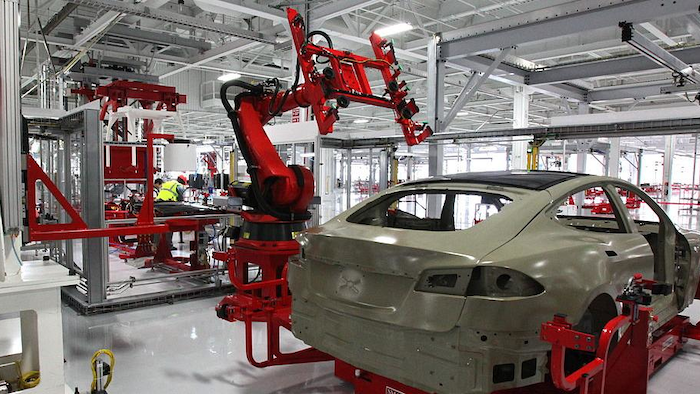 Tesla Inc. is denying claims that it threatened to fire pro-union workers at its Fremont, California, factory and tried to prevent them from passing out union literature.

The National Labor Relations Board filed a complaint against Tesla earlier this month, citing multiple incidents in which Tesla security guards allegedly refused to let off-duty employees hand out leaflets about the United Auto Workers union near the doors of the company's factory. Tesla workers further allege that they were prohibited from discussing worker safety concerns and were interrogated about union organizing efforts by Tesla human resources employees, according to the complaint.

Workers also claim that a supervisor threatened to fire employees who passed out stickers, leaflets or other material not approved by Tesla.

Tesla denied all of the allegations in a response filed late last week, which The Associated Press obtained Thursday through a Freedom of Information Act request.

Tesla also said the complaint was insufficient because it didn't name the security guards who allegedly stopped the leafleting. Tesla said it can't verify if the allegations are true unless those guards are identified.

The National Labor Relations Board has scheduled a hearing on the issue for Nov. 14 in Oakland, California.

The UAW, which is backing the unionization effort and filed some of the complaints to the NLRB, has long hoped to organize Tesla's 10,000 factory workers. The union has been filing labor complaints against Tesla since 2011, shortly after the company bought the Fremont factory. Former UAW President Bob King met with Tesla CEO Elon Musk more than four years ago; current UAW President Dennis Williams has also met with Musk.

The effort to unionize Tesla's workers could gain even more of the UAW's attention and resources after the union failed to organize a Nissan Motor Co. plant in Canton, Mississippi, last month. A solid majority of workers there voted against union representation.

Tesla says it has shown significant improvement since then, with an injury rate of 4.6 per 100 workers in the first quarter of this year. The company said it also tried to improve working conditions and safety by adding a third shift to its plant last year.

The company acknowledged that it has an employee agreement that prohibits workers from talking to the media about Tesla unless they are authorized to do so. But it says that agreement doesn't violate federal labor laws.

Tesla makes all of its all-electric vehicles — the Model S, Model X and Model 3 — at the Fremont factory. The plant was built in 1962 by General Motors Co. and was operated by GM and Toyota Motor Corp. from 1982 to 2010, when it was bought by Tesla. The UAW represented workers at the plant before Tesla owned it.