Union Files For Vote By Workers At Mississippi Nissan Plant

The United Auto Workers filed petitions Monday to force a unionization election at a Nissan plant in Mississippi. 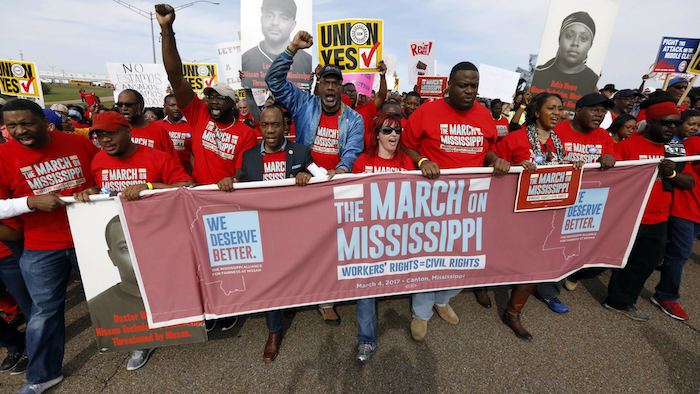 The United Auto Workers filed petitions Monday to force a unionization election at a Nissan plant in Mississippi after a yearslong campaign to build support in a region typically unwelcoming to organized labor.

The UAW declined comment but has scheduled an event Tuesday at its office near the plant in Canton, just north of Jackson. Sandra Hightower of the National Labor Relations Board confirmed that the board received the UAW's election petition in its New Orleans office.

The union has long struggled to organize foreign-owned auto plants across the South, working for years to build support for a vote among the 6,500 employees at the Mississippi complex. Monday's move sets the stage for a key showdown.

Nissan Motor Co. spokeswoman Parul Bajaj reiterated the company's stance that workers get to choose whether they have a union but management opposes the move.

"While it is ultimately up to our employees who will represent them, we do not believe that UAW representation is in the best interest of Nissan Canton and its workers," Bajaj said.

The UAW and community allies also have pushed Nissan to stay neutral in a vote, claiming the company has intimidated workers. The labor board has backed some of those claims in pending litigation.

UAW Secretary-Treasurer Gary Casteel told AP in an April phone interview that the union didn't want to go forward in a situation where Nissan was violating labor laws to intimidate workers but said the decision on when to move ahead was ultimately a "balancing act." 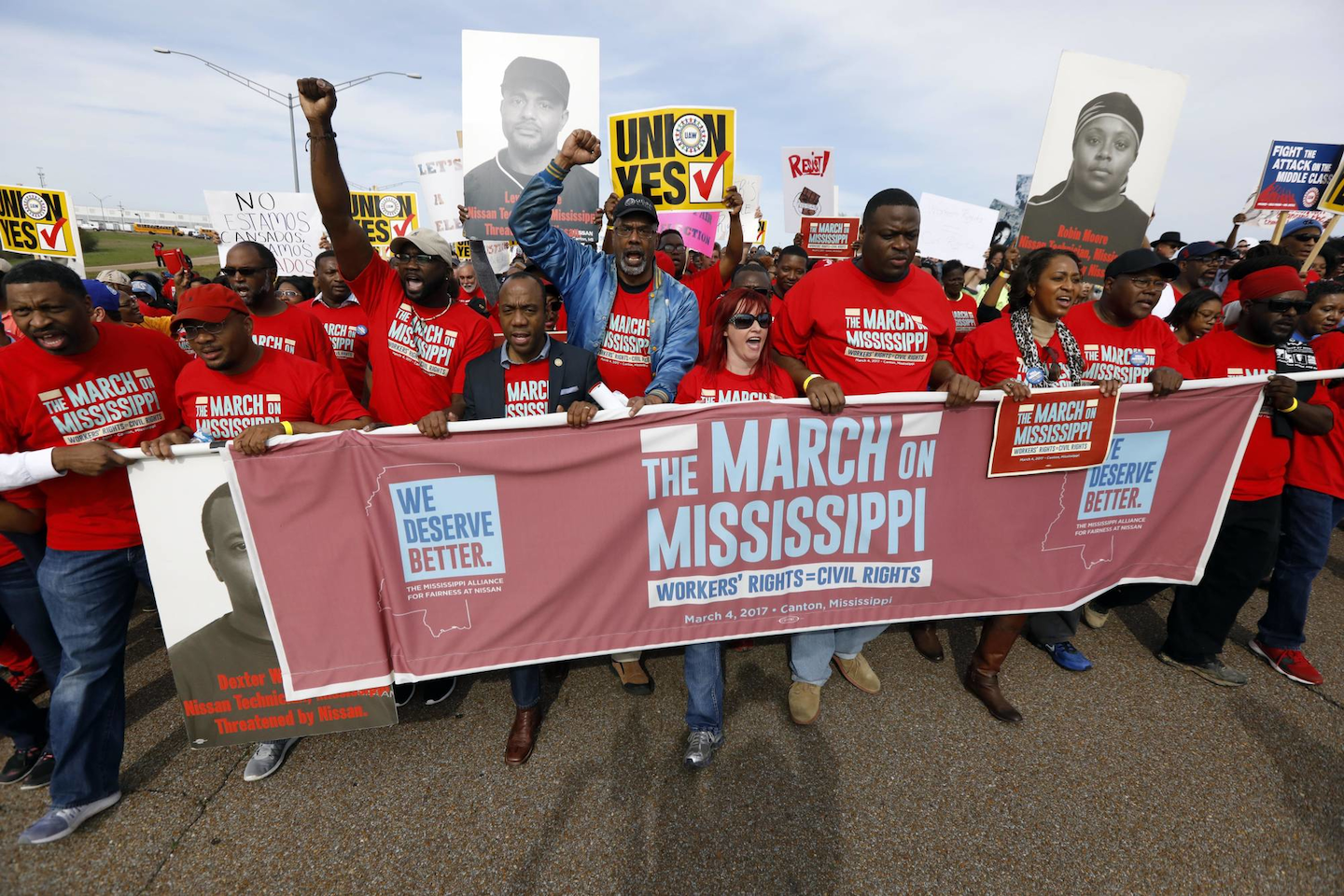 The pro-union campaign has sought to link support for the union with civil rights for African-Americans. Workers at Nissan's plant in Smyrna, Tennessee, rejected the UAW in 1989 and 2001 votes, but no election has been held at the Mississippi plant in Canton. The Mississippi campaign has featured support from the NAACP and actor Danny Glover, as well as a rally in March headlined by U.S. Sen. Bernie Sanders, a Vermont independent and former Democratic presidential candidate.

"We see organized labor as a mechanism to give workers and African-Americans a voice around their quality of life," said Derrick Johnson, president of the Mississippi branch of the NAACP.

Hightower said the UAW asked to represent all production and maintenance workers at the Canton plant, a group that could include contract workers employed by two other companies — Kelly Services and Minact. Kelly traditionally employed a large share of assembly workers, but Nissan has moved more than 1,000 to its own payroll in recent years, increasing their pay and benefits.

The labor board would seek to schedule an election "as soon as possible," Hightower said. However, she noted that pending unfair labor practice complaints filed by the UAW could block the vote. The UAW filed a new round of charges June 26.

Thirty percent of workers must sign petitions seeking an election. Hightower could not immediately say how many workers have signed.

Bishop Thomas Jenkins of New Dimensions Church in Jackson recorded a video and spoke at a Sunday workers meeting at the UAW office. He said he has long advocated for better wages and working conditions in Mississippi.

"We've been talking about this for a long time," Jenkins told the AP in a phone interview Monday. "It's time to go forth."

The move is likely to provoke a reaction from conservative political and economic leaders in Mississippi, who have long been hostile to unions. Republican Gov. Phil Bryant, who signed a package of bills intended to make unionization harder in 2014, is among those who have spoken out against the UAW. About 8 percent of Mississippi workers were represented by unions in 2016 according to U.S. Labor Department statistics, compared with 12 percent nationwide.

"Nissan has been and continues to be a proven success story for the state of Mississippi and its workers," said Scott Waller, interim president of the state's chamber of commerce, called the Mississippi Economic Council. "Meanwhile, the UAW has struggled to hold membership. This would not be good for the state for Mississippi."

The union lost a 2014 vote among all workers at Volkswagen AG's plant in Chattanooga, Tennessee, but then won a vote among 160 maintenance workers. That was the first-ever win for the UAW at a foreign-owned auto plant in the U.S. South. German-based Volkswagen had refused to bargain with those workers, saying representation decisions should be made by the entire hourly workforce.