President Donald Trump says that a "major, major incredible manufacturer" may be headed to Wisconsin. 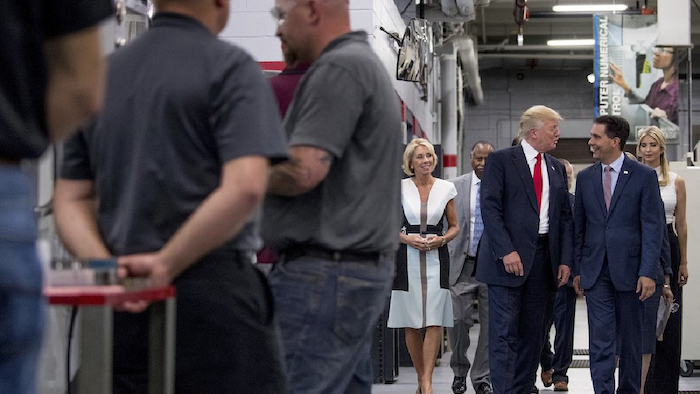 President Donald Trump says that a "major, major incredible manufacturer" may be headed to Wisconsin.

Trump said Tuesday during a visit to the state that "Just backstage, we were negotiating with a major, major incredible manufacturer of phones and computers and televisions and I think they're going to give the governor a very happy surprise very soon." 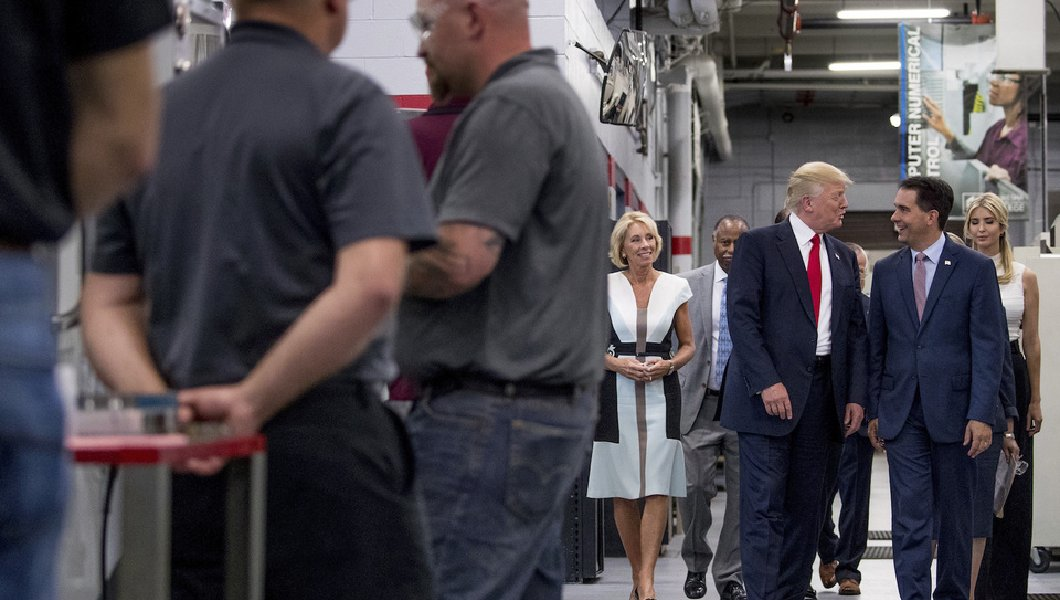 Walker flew to Japan for the weekend of June 2 but he and economic development leaders wouldn't say why. That same weekend, Michigan Gov. Rick Snyder flew to Asia in an attempt to lure Taiwan-based Foxconn to his state. It is considering spending $4 billion on a U.S. factory and hiring 5,000 workers to make display panels.

Foxconn assembles smartphones and other devices for Apple, Sony, Blackberry and other brands — mostly in China.