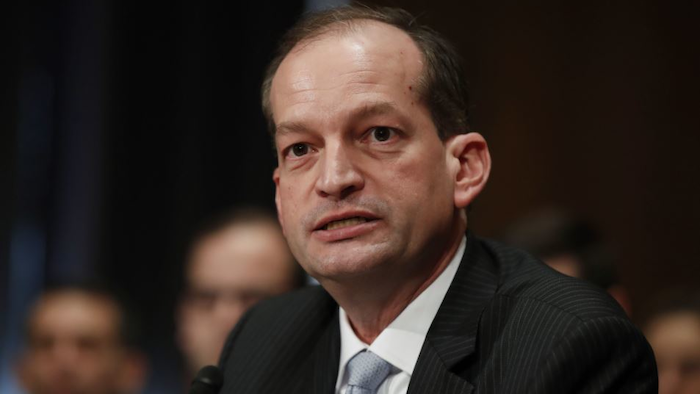 "Department of Labor is going to allow, now, discrimination to run rampant," Rep. Barbara Lee, D-Calif., told Acosta at a hearing on Trump's budget, which proposed the changes.

Trump's budget recommends merging the office that enforces civil rights among federal contractors with the independent Equal Employee Opportunity Commission, which handles complaints against private businesses. The administration says the proposal will save taxpayer money. But the idea has generated opposition from both employers and workers' groups, who fear such a move would create a sort of super enforcement agency that would dilute investigations but carry overwhelming punitive power.

It's far from certain the GOP-controlled Congress will write the plan into its version of the budget. Acosta told the House panel that making the change would require legislation. He called the proposed merger "a common-sense" move and said savings would come from "the streamlining process" and not from enforcement.

As for Lee's remark about allowing discrimination to run rampant: "With respect, I don't think that's the case," Acosta said. 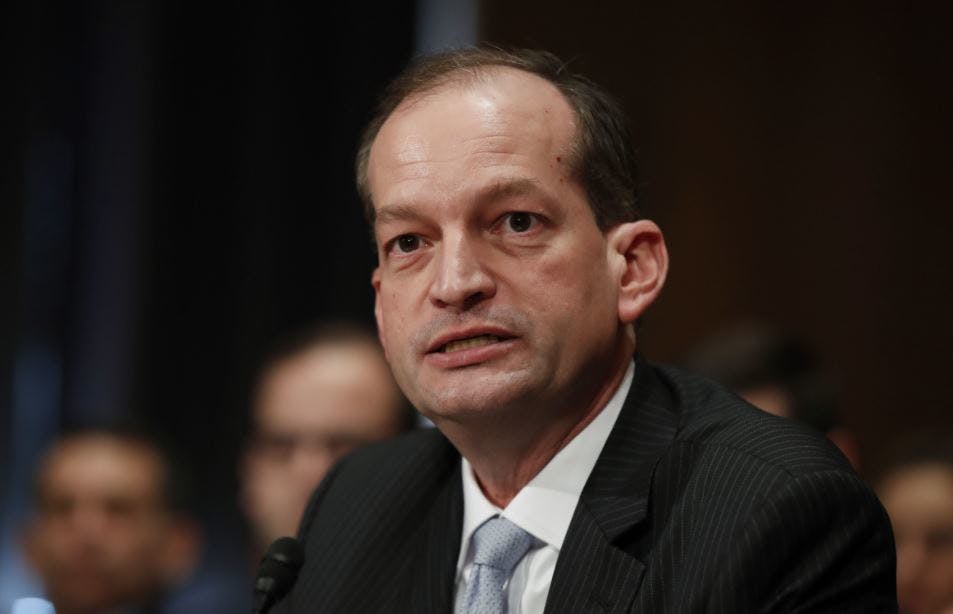 The exchanges were striking in part because Acosta is the only Latino in Trump's Cabinet and has spoken in emotional terms about immigration matters — sometimes in conflict with Trump's hardline on the issue.

Republicans have long criticized the EEOC for its case backlog.

The second agency, Office of Federal Contract Compliance Programs, is part of the Labor Department. The budget proposes reducing staff from 571 to 440 employees and merging it with the EEOC, for a saving of just over $17 million.