Starbucks To Increase Base Pay Of All Workers In October

Starbucks is boosting the pay of all employees and store managers at U.S. company-run stores by 5 percent or more. 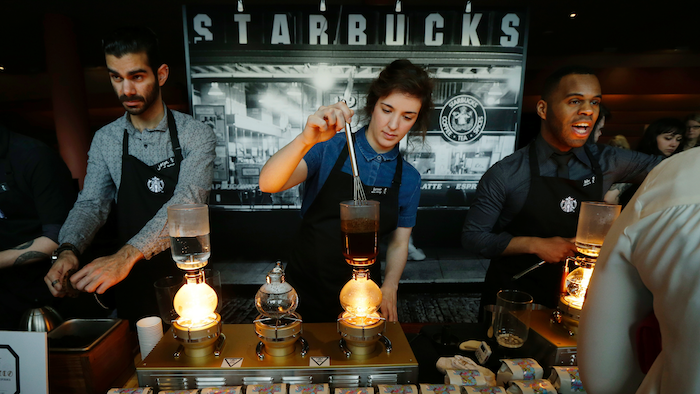 Starbucks is boosting the base pay of all employees and store managers at U.S. company-run stores by 5 percent or more.

In a letter sent to workers Monday, CEO Howard Schultz said that the amount of the raise — which will occur in October — will be determined by geographic and market factors. Starbucks doesn't disclose specifics on starting salaries for employees, saying it's determined on a market by market basis.

Starbucks has approximately 7,600 company-run stores across the country.

Pay for entry-level jobs has become a hot political topic ahead of the presidential election. Over the weekend a draft of the Democratic Party's policy positions was being pieced together. It includes a call for a $15 federal minimum wage over time. Republican Donald Trump favors leaving the wage decision to the states.

Tension over pay has been rising for major U.S. corporations that employ thousands of entry-level workers. Workers at McDonald's Corp. have picketed across the country outside of restaurants for starting pay of $15 an hour. Last month Macy's Inc. struck a tentative deal with some of its workers, in which an employee union negotiated higher wages and more affordable health care.

And as with other companies, Starbucks is facing increasing pressure to make schedules for their workers more predictable and reliable. 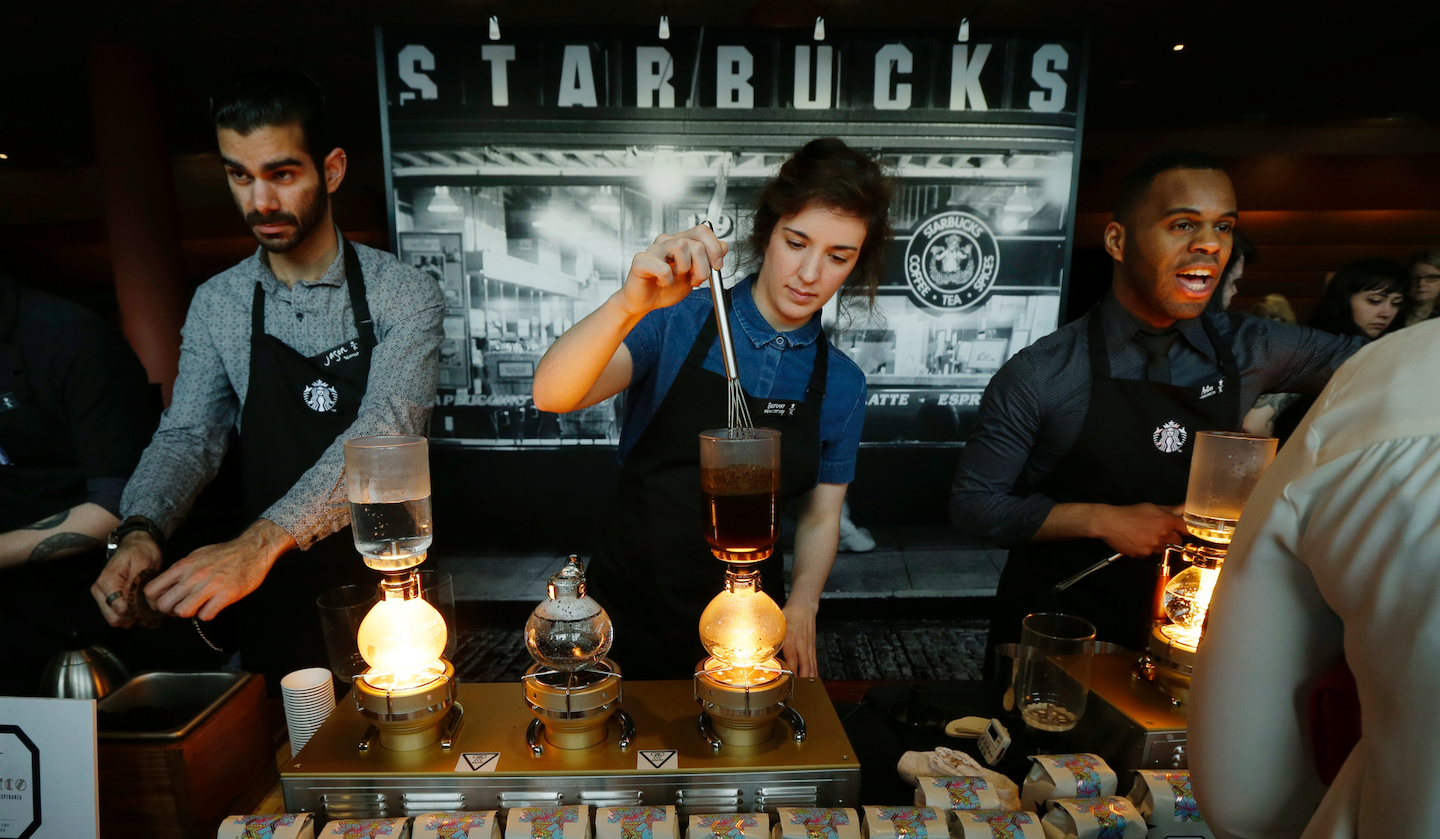 Last month, a Starbucks employee in southern California launched a petition on Coworker.org, saying the coffee chain was cutting work hours to save on labor costs. The petition said employees are finding it nearly impossible to secure more than 25 hours a week, and that the labor cuts were hurting morale and damaging customer service. Jaime Prater, who launched the petition, said that he spoke with Schultz by phone, who told him the company needed to make it right.

In his letter to workers on Monday, Schultz said that Starbucks will work with employees to make sure that they have the hours they need. Schultz said the company was committed to helping workers meet their specific scheduling needs, especially when it comes to ensuring benefits eligibility.

Starbucks Corp. also said that it's doubling the annual award for its stock program for hourly workers with two years of continuous employment. The Seattle company is also implementing "go shop" employee health care coverage starting next week, allowing them to pick and choose from a number of options.